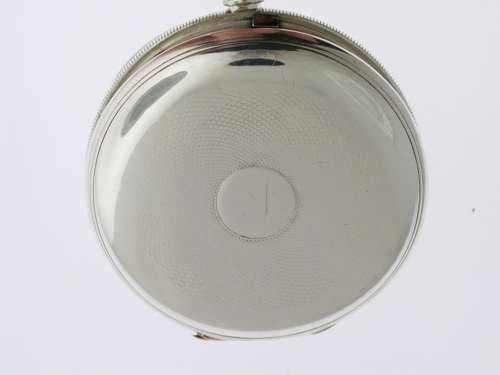 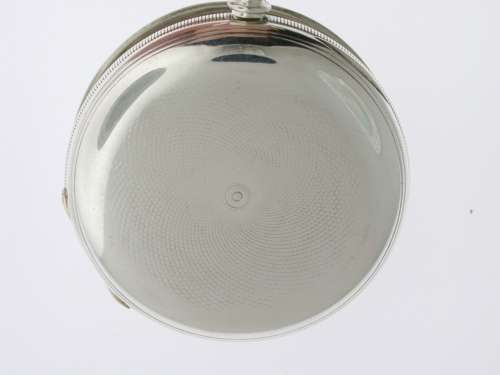 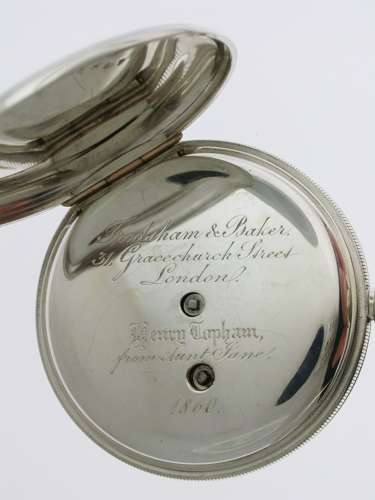 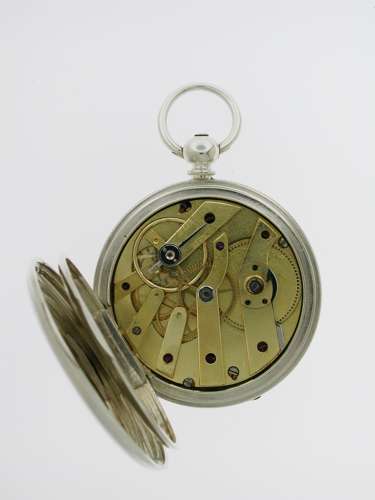 A silver full hunter key wind pocket watch by Frodsham & Baker, made in England in the 1850’s. The pocket watch is complete with original antique key.

Dial: The white enamel dial has black Roman numerals with outer minute divisions. The dial has blued hands and a subsidiary second’s dial at the six.

Movement: The cylinder movement is very clean and in great working condition as it has just been serviced by my watchmaker. The movement has blued screws and is numbered under the dial the same as the case.

Case: The watch lies in a silver full hunter case with gold hinges and a rubbed engine turned finish and a monogram free cartouche.  The cuvette is signed: “Frodsham & Baker, 31 Gracechurch Steet, London. Henry Topham, From Aunt Lane, 1860”. The inner side of the case is numbered: 13607.

John Frodsham, son of William Jnr and father of Henry John and George Edward moved to 31 Gracechurch Street in 1837. John died in 1849 and his business was taken over by George Edward. The Baker probably refers to Edward Baker of Angel Terrace.