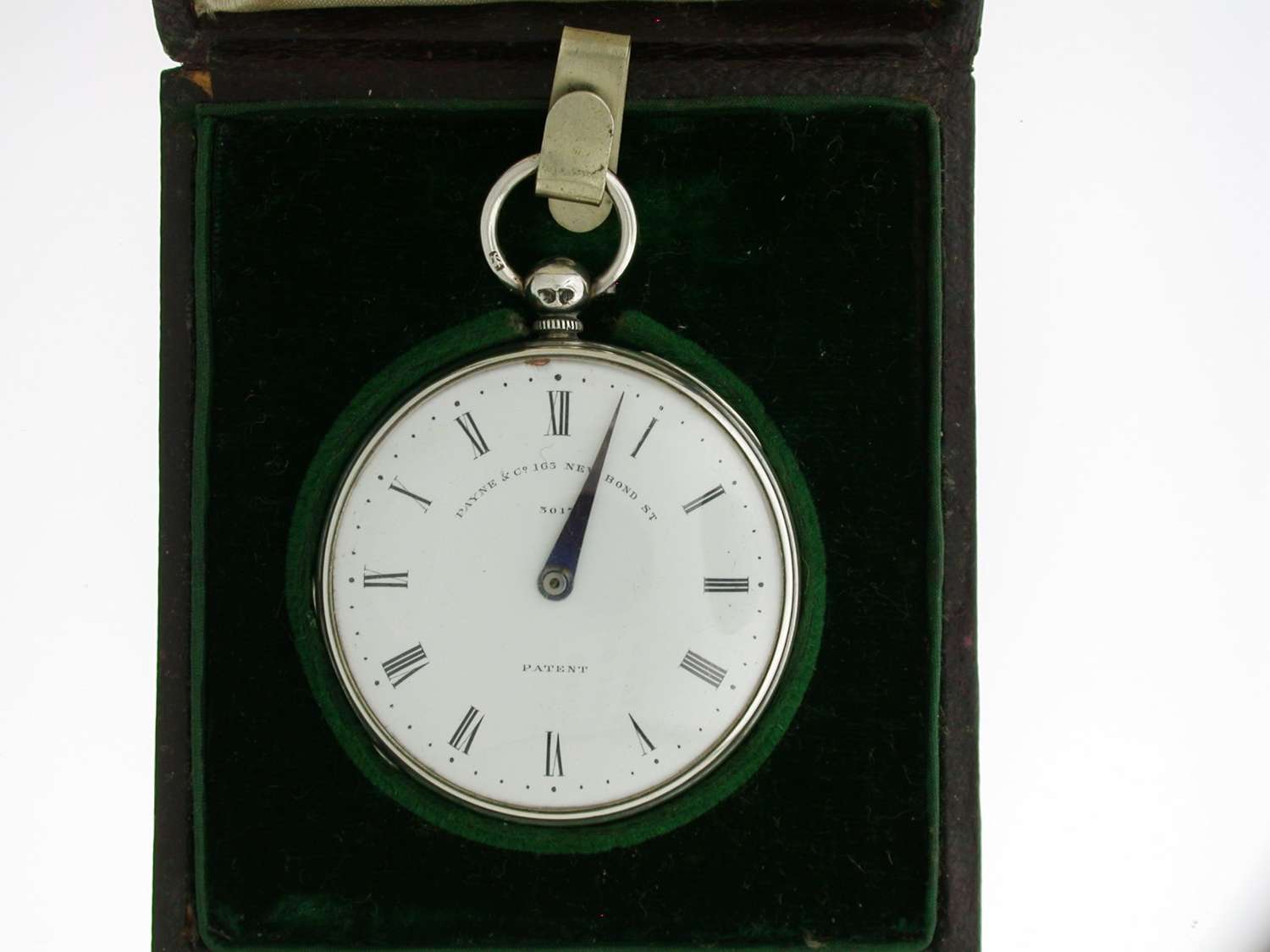 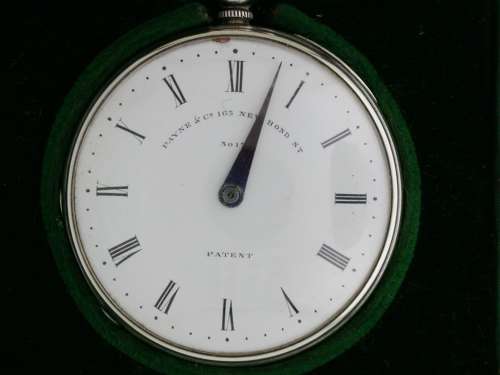 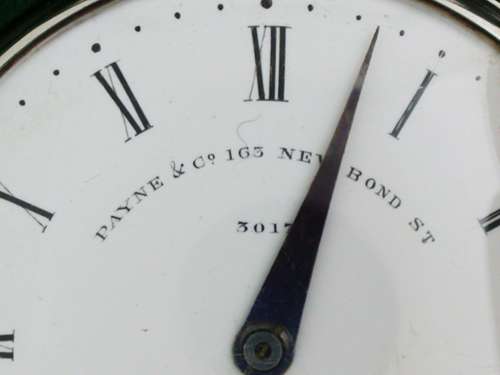 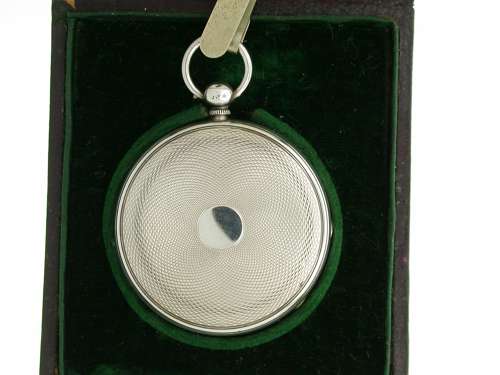 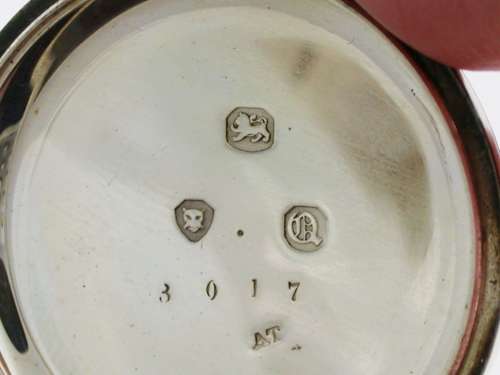 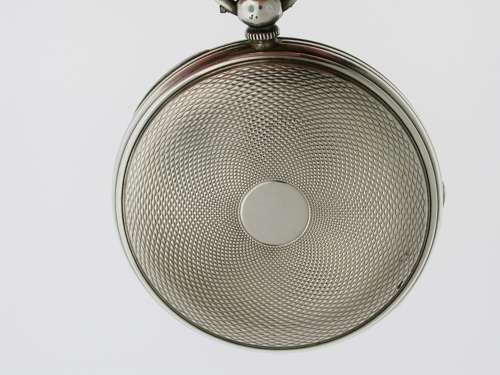 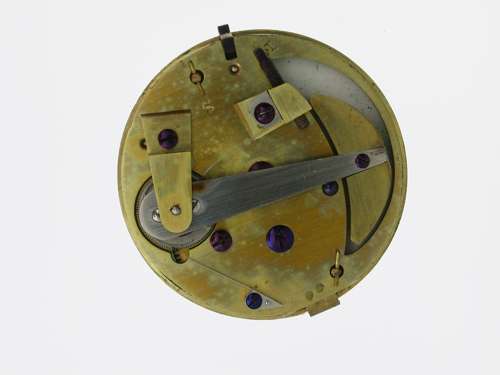 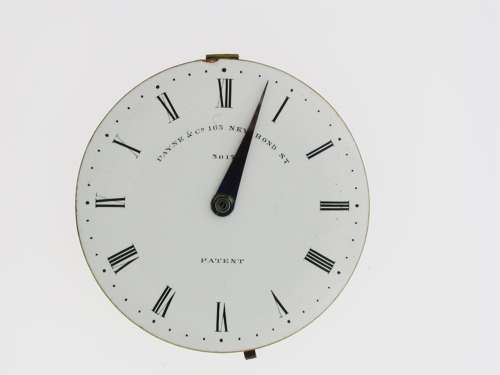 A silver mechanical pedometer made by the famous watchmaker: Payne & Co, 163 New Bond Street, hallmarked for London 1849. The pedometer is coming in its original box, please see pictures.

The white enamel dial has black Roman numerals with outer minute divisions and a single blued steel hand. The dial is signed in the upper centre: "Payne & Co, 163 New Bond Street, 3017, Patent". The protective glass is in great condition. The pedometer lies in a silver case with an engine turned back. The movement has a brass weight and a steel arm. The inner side of the back case is hallmarked for London 1849.

A pedometer is an instrument, usually in the form of a watch, for measuring distances. The instrument is supported in an upright position on the person; the movement caused by walking keeps a weighted lever moving up and down and motivates gearing to register the distance covered.

William Payne was a very famous and respected clock and watchmaker. William Payne is first recorded at 62 South Moulton Street London in 1816. In 1825 he moved to 163 New Bond Street where the company remains until the 20th century. Payne made some of the finest English carriage clocks of the period. William Payne filed a new patent in 1831 making its use and easier to read as the piece presented here. The vast majority were produced in the late nineteenth and early twentieth century.