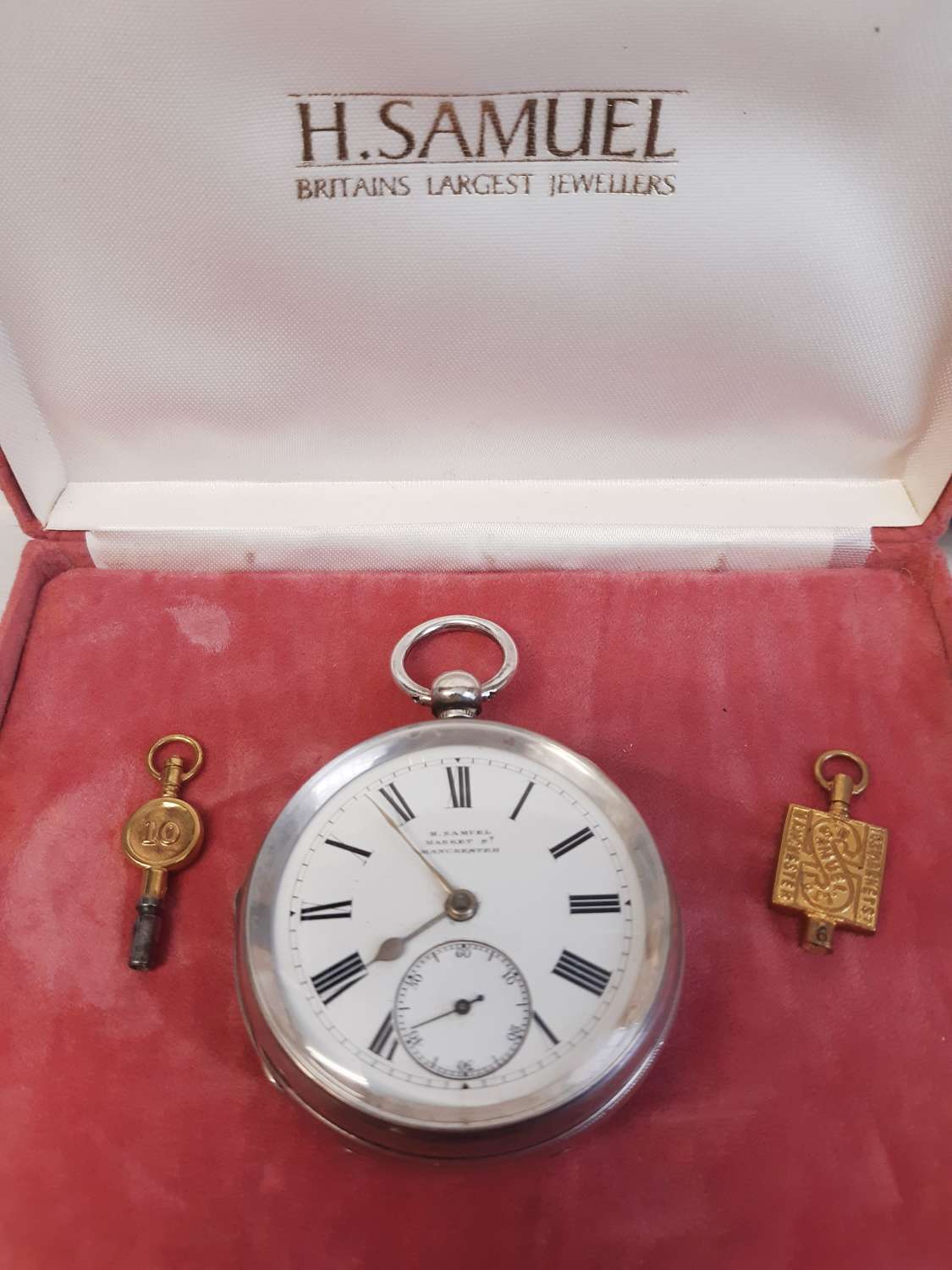 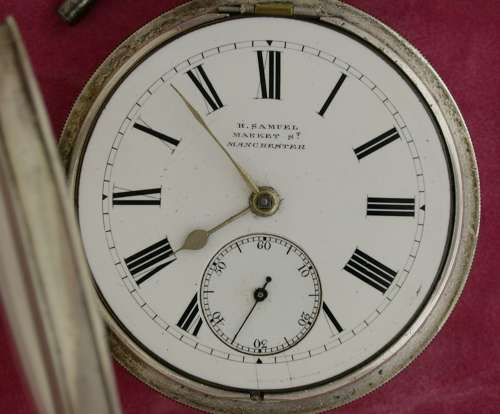 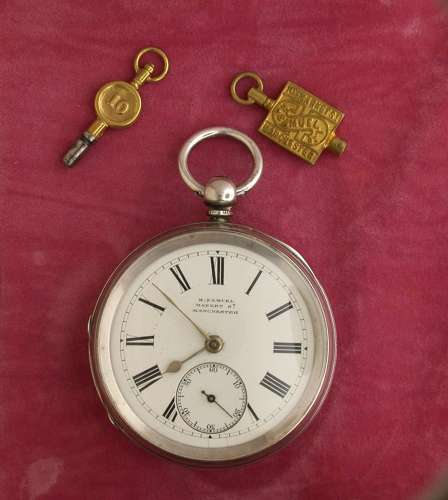 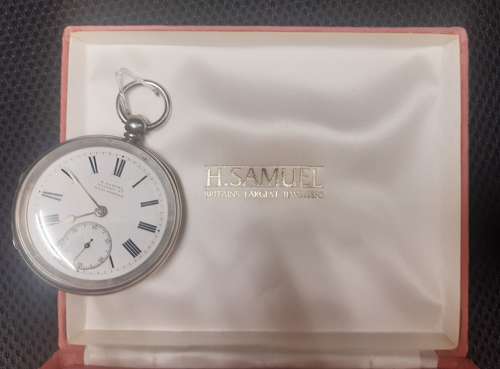 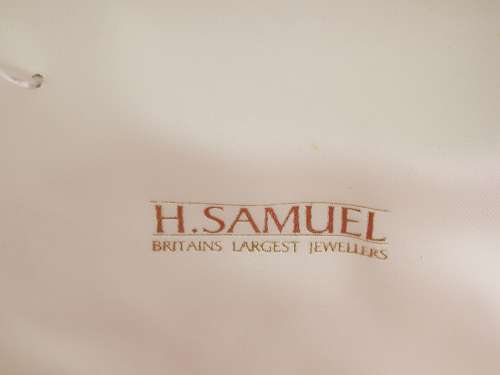 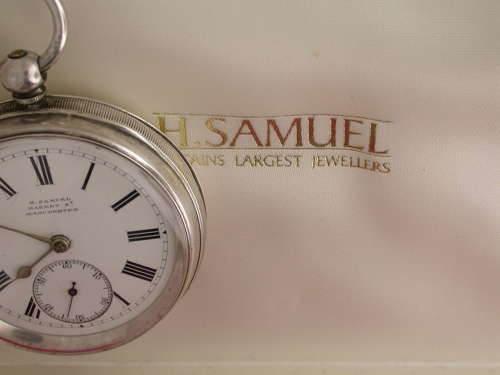 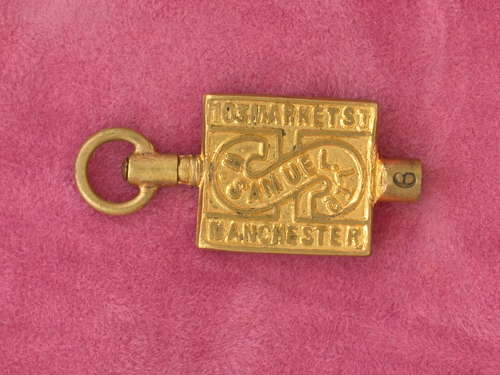 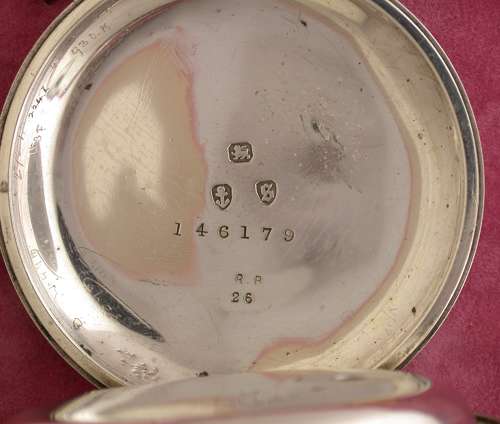 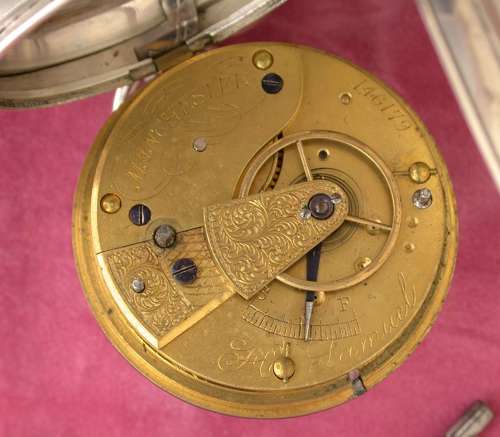 DIAL: The white enamel dial has black Roman numerals with outer minute divisions. The dial has antique style hands and a subsidiary second’s dial at the six. The dial is signed: “H. Samuel, Market Street, Manchester”.

Movement: The fusee lever movement has blued screws and is protected by a cuvette. The very clean movement is in great working condition; however, we cannot guarantee accuracy for an antique pocket watch. The movement is signed: “H. Samuel, Manchester” and numbered: 146179.

CASE: The watch lies in a silver open face case with a rubbed engine turned finish with a monogram free cartouche. The inner side of the case is hallmarked for Silver Birmingham 1892 and is numbered: 146179.