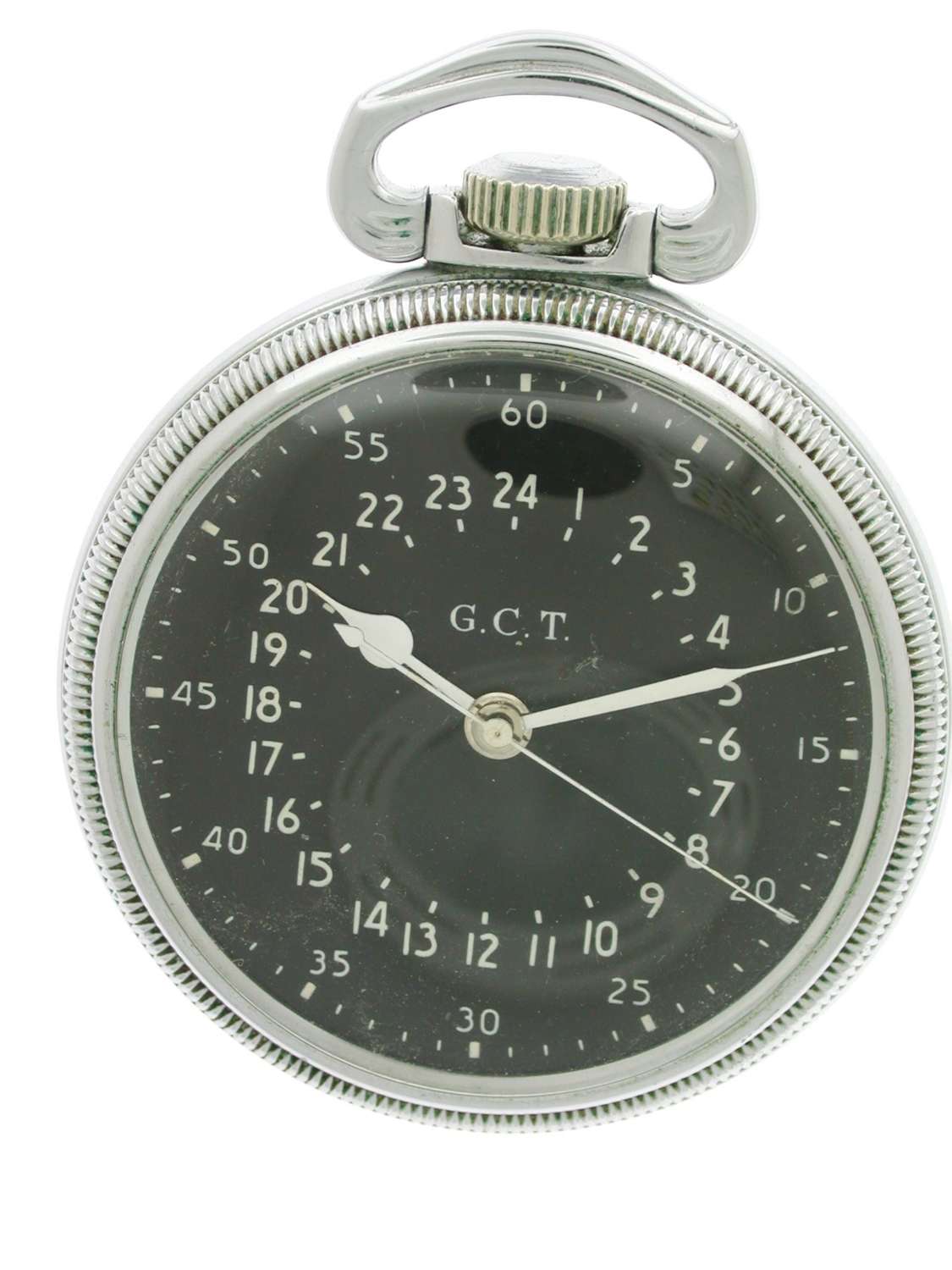 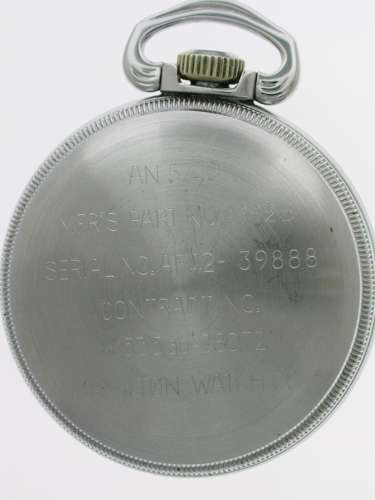 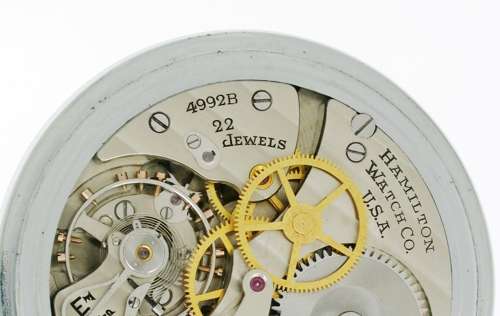 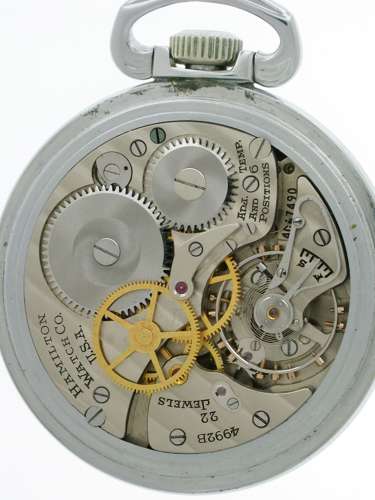 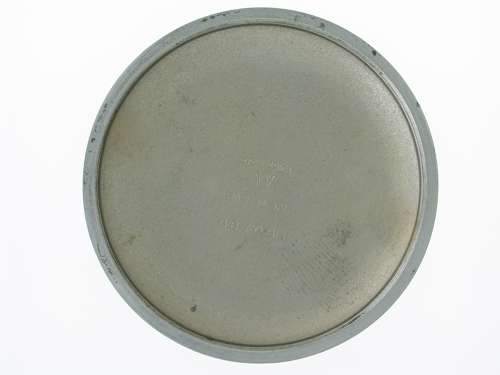 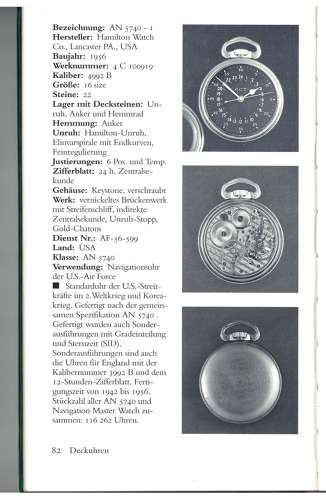 An antique Hamilton Art Deco steel military open face pocket watch, made in the USA in 1942. This type of watch was also used in the US Air Force Navigation during the Second World War.

Movement: The very high-quality anchor lever movement has 22 jewels with a swan regulator. The movement is in great working condition; however, we cannot guarantee accuracy for an antique pocket watch. The movement is signed: “Hamilton Watch Co, USA, 22 Jewels, 4992B, Adj Temp And 6 Positions”. Movement number is: 4067490.

When the winding button is pulled to set the hands, a fine detent stops the balance which is re-started when the button is pushed down again. This was made specially to get precision.