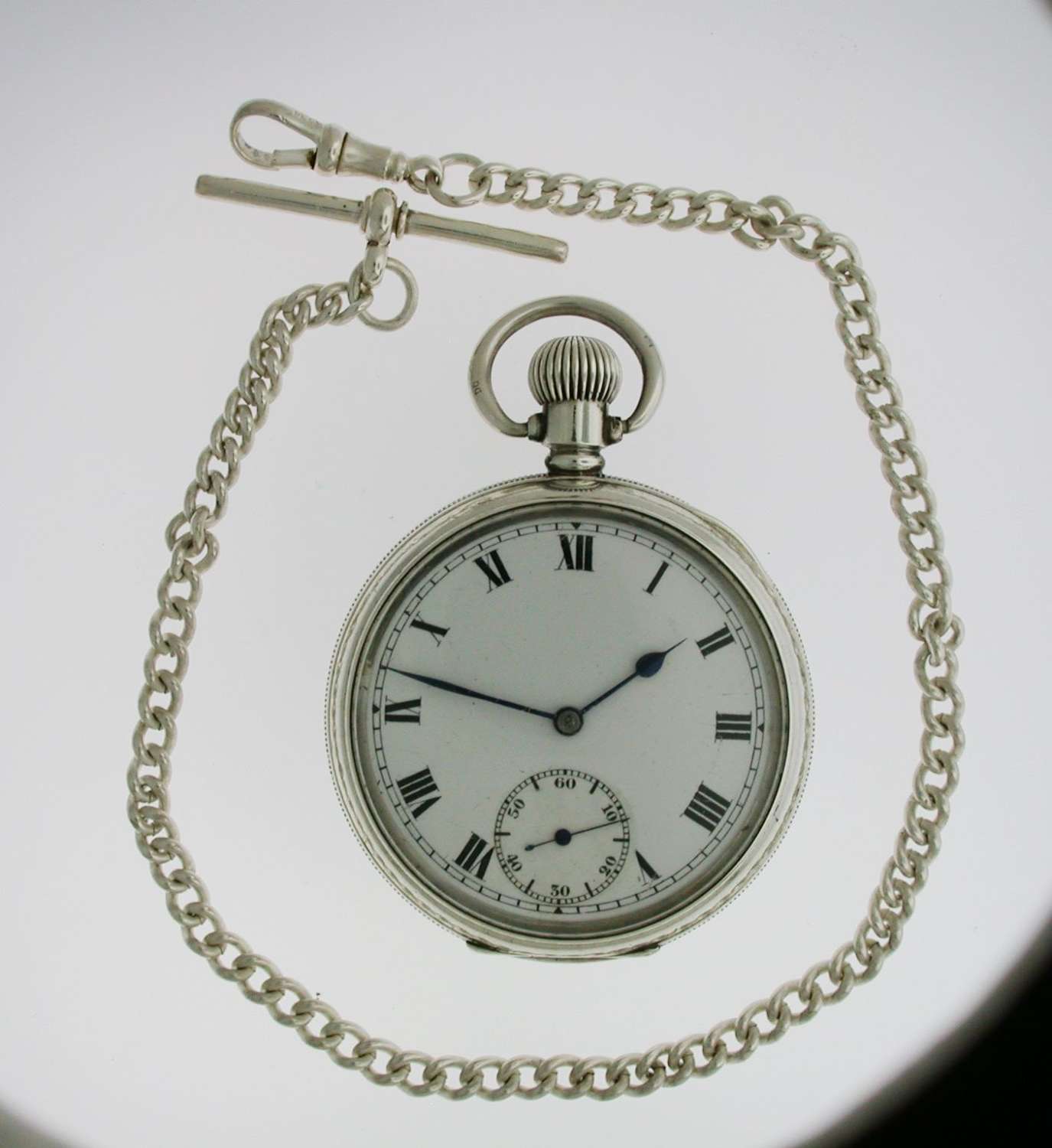 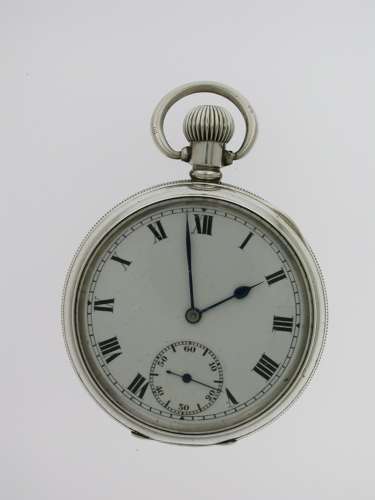 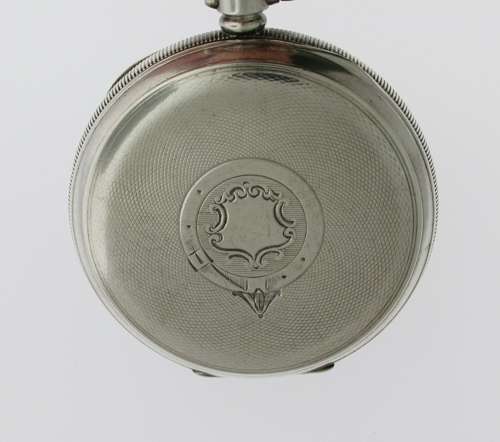 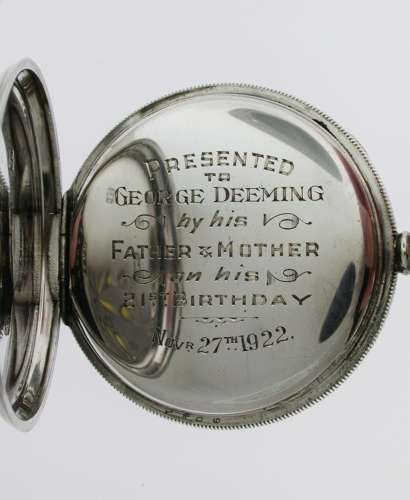 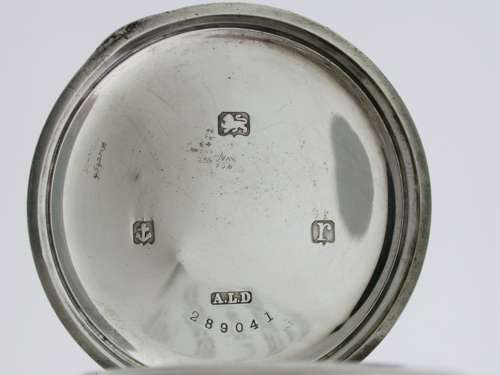 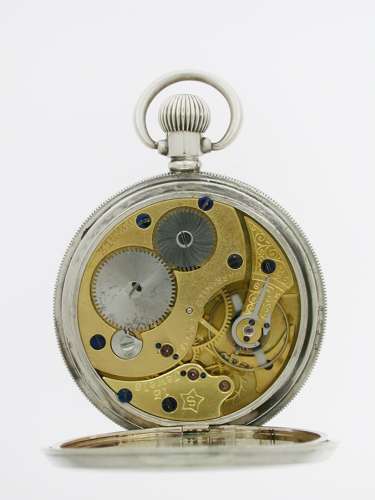 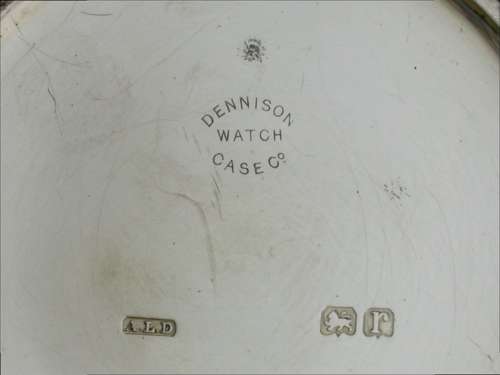 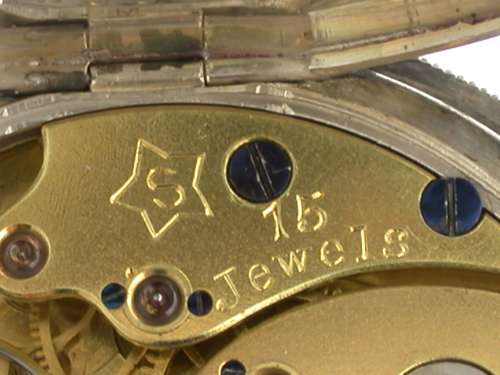 A silver open face men’s pocket watch, hallmarked for Silver Birmingham 1916. This pocket watch has just been cleaned and serviced by my watchmaker! The watch is complete with silver chain.

Dial: The white enamel dial has black Roman numerals with outer minute divisions. The dial has nice blued hands and a subsidiary seconds dial at the six.

Movement: The anchor lever movement has blued screws and is in good working condition, however we cannot guarantee accuracy for an antique pocket watch. The movement is signed: “S, Warranted English, 15 Jewels” and numbered: 318360.

Case: The pocket watch lies in a silver ALD case with a nice engine turned finish and a monogram free cartouche. The inner side of the case is hallmarked for Silver Birmingham 1916. The casemakers initials ALD are signed on the case and cuvette and the case is numbered: 289041. The cuvette is signed: “Presented To George Deeming By His Father & Mother On His 21st Birthday, Nov 27th 1922”.

Made in England – Hallmarked for Birmingham 1916

His parents - who gifted the watch - were George, a felt hat maker, and Emma (who worked in a Ribbon warehouse before George's birth). They were from Bedworth, near Coventry. They married, both aged 23, in 1900. George followed on 27 Nov 1901- when the family were located in Exhall (nearby Bedworth). The couple had a daughter - Zillah - a couple of years later, but I think no other children. George died in 1933, Emma in 1975 (nearly 100) and Zillah in 1993.

George would have just missed WWI due to his age. He married Annie Lydia Barnes in 1931 and the couple had their only child, Alan, on 14 Oct 1933. Annie was an elementary school teacher in 1939, George a colliery clerk. George sadly died in 1961, leaving his estate to his wife and son. Lydia died in 1982.

Every watch has a story!