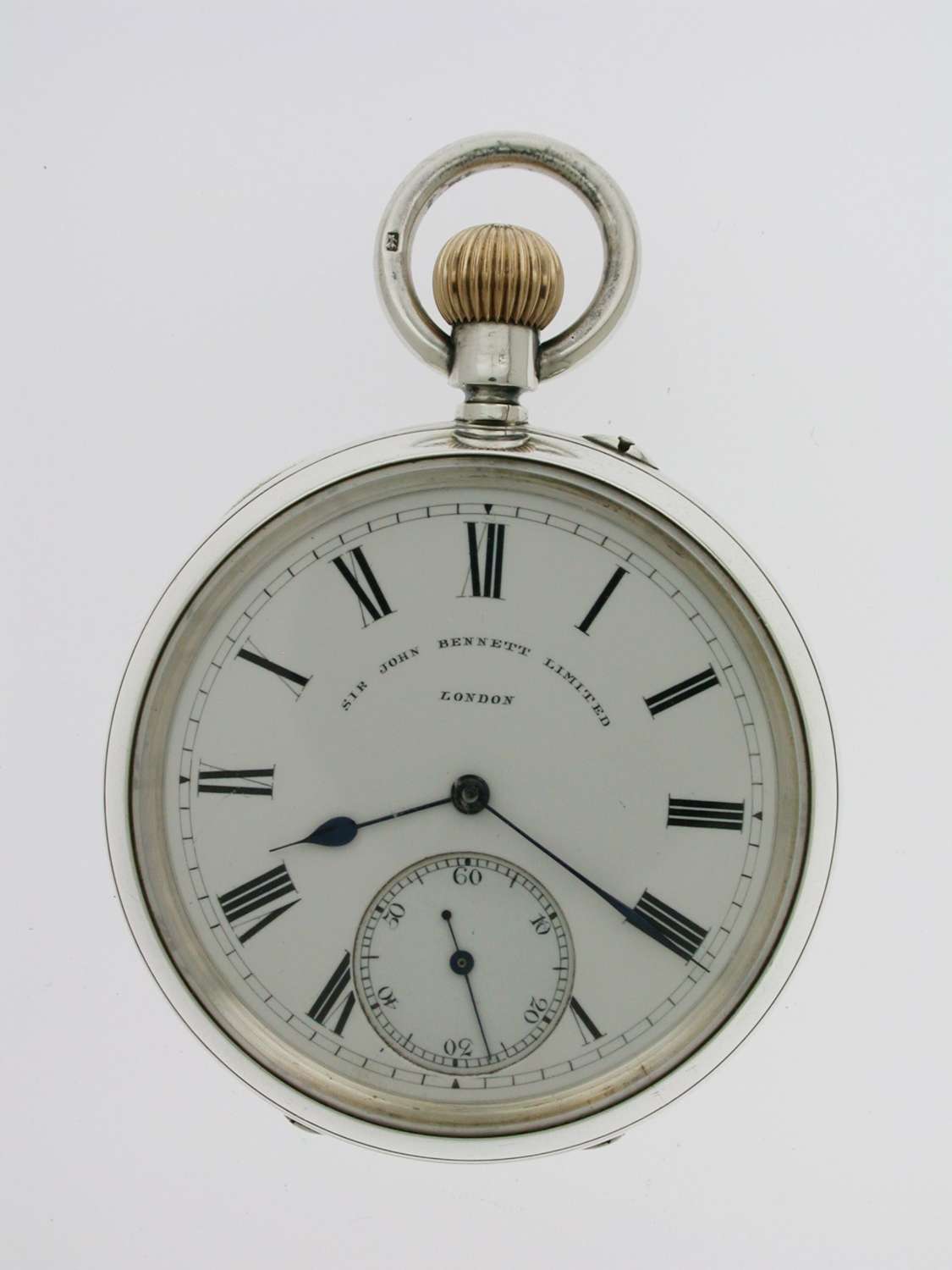 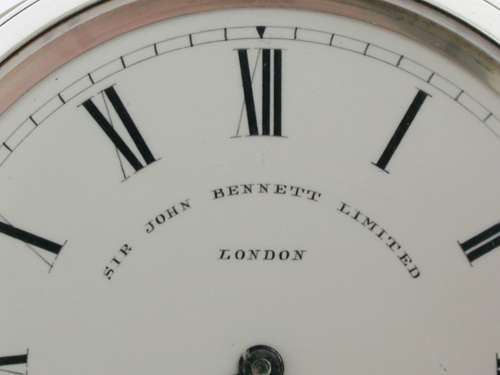 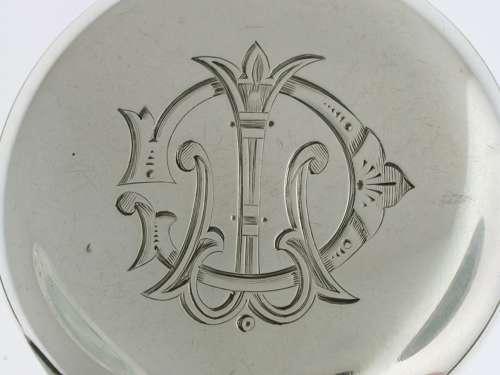 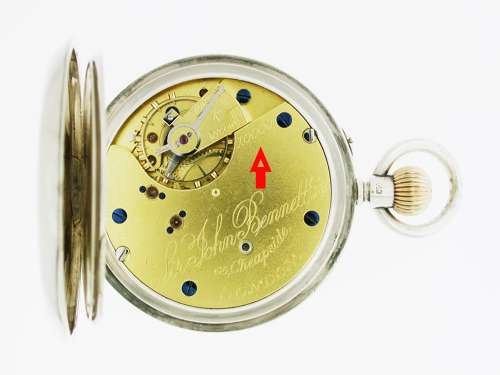 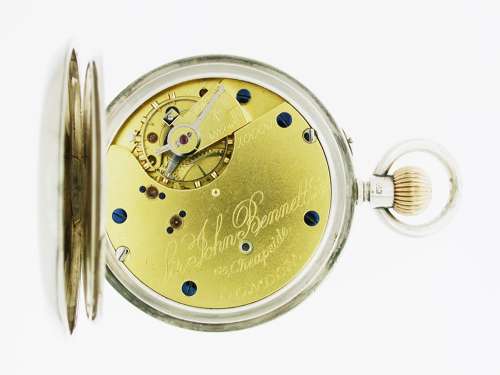 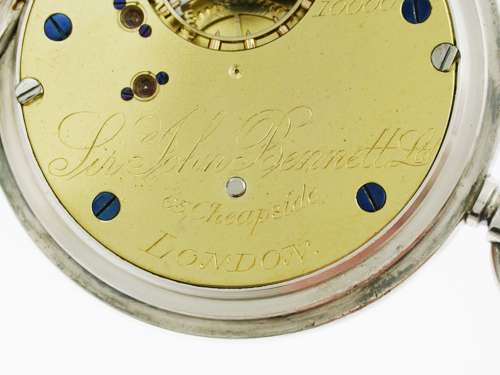 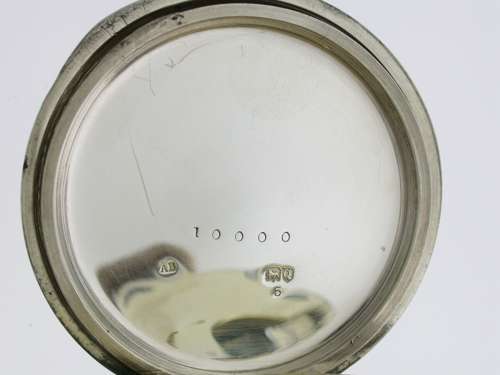 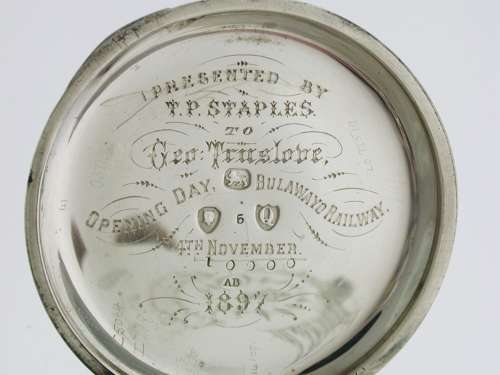 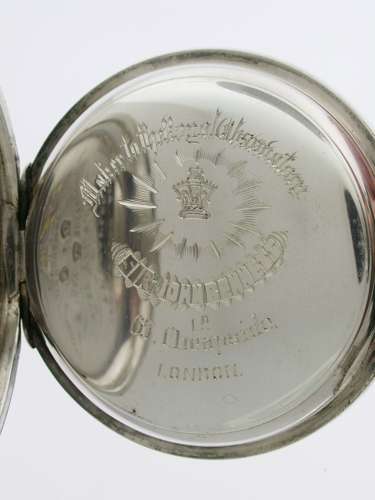 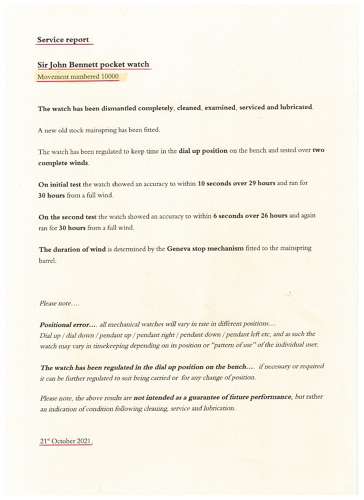 DIAL: The white enamel dial has black Roman numerals with outer minute divisions. The dial has blued hands and a subsidiary second’s dial at the six. The dial is signed: “Sir John Bennett Limited, London”.

MOVEMENT: The English fully screwed movement has blued screws. The original Bennett movement is in great condition as it has just been serviced by my watchmaker; however, we cannot guarantee accuracy for an antique watch. The movement is signed: " Sir John Bennett Ltd, 65 Cheapside, London" and numbered: 10000.

CASE: The pocket watch lies in a silver case with a beautiful decoration with a monogram. The inner side of the case is hallmarked for silver London 1891 with the casemakers initials AB and numbered: 10000. The cuvette is decoratively signed: “Sir John Bennett, 65 Cheapside, London”. The inner side of the case is decoratively engraved: “Presented by T.P. Staples To Geo. Truslove, Opening Day Bulawayo Railway 4th November 1897”