A silver military deck watch, made by the famous Ulysse Nardin in Switzerland in 1910, in a brown fitted wooden box. The deck watch is signed “Ulysse Nardin” and numbered: N124115 throughout on the dial, case, movement and box. This watch was manufactured in February 1910.

Dial: The white enamel dial has black Roman numerals with outer minute divisions and 5-60-minute numbers. The dial has blued hands and a blued seconds hand. The glasless bezel is in good condition. The dial is signed: “Ulysse Nardin, Locle Suisse” and numbered: 124115.

Movement: The gilded lever escapement movement has a cut and compensated bi-metallic balance and swan neck wheel regulator. The movement is in very good working condition; however, we cannot guarantee accuracy for an antique watch. The movement is as well signed: 124115.

Case: The watch lies in a silver screw-down back case with an engraved military arrow and initials. The inner side of the case is signed: “Ulysse Nardin, Locle, FFBA” and stamped for silver 0.925 and numbered: 620743. 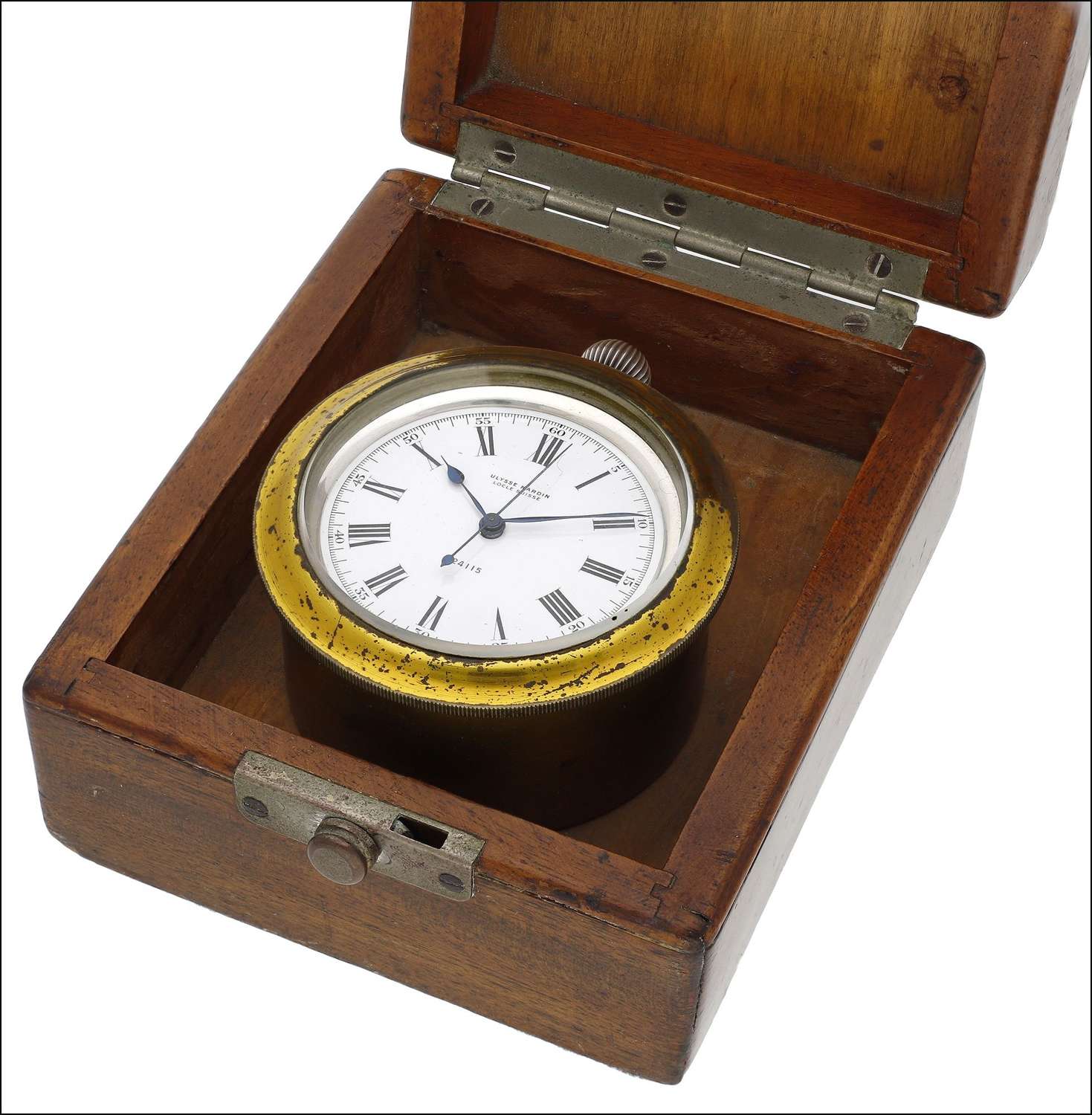 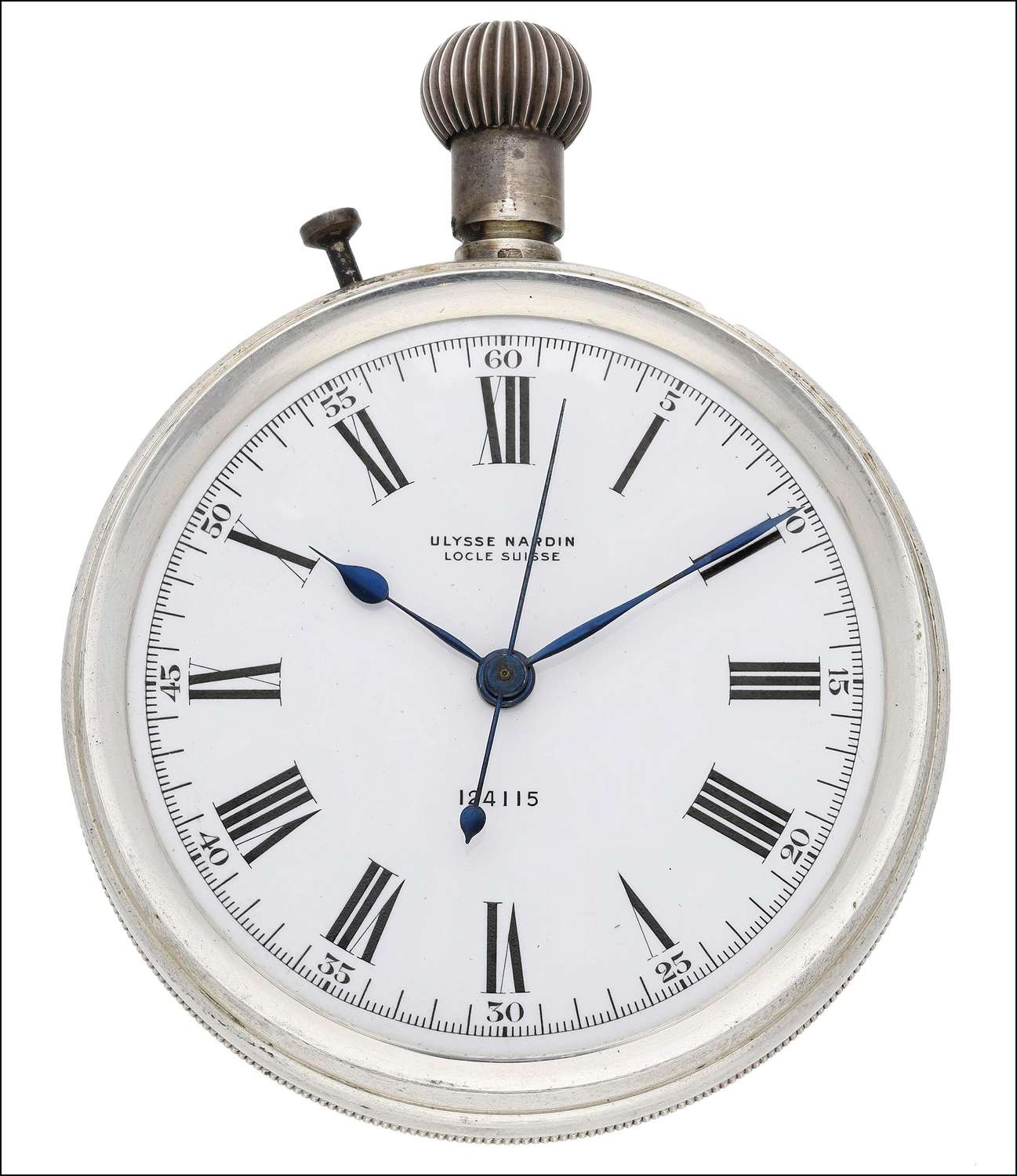 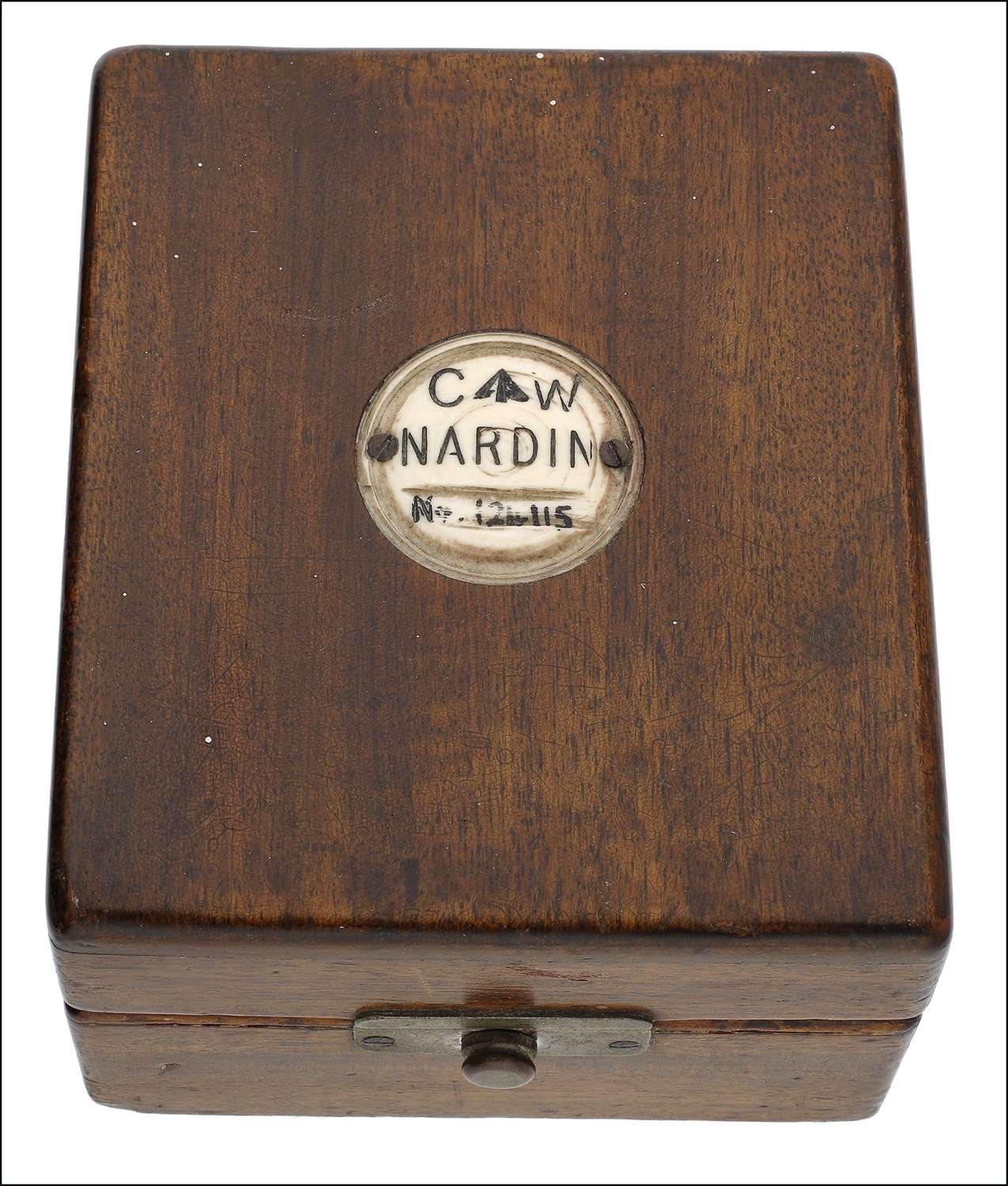 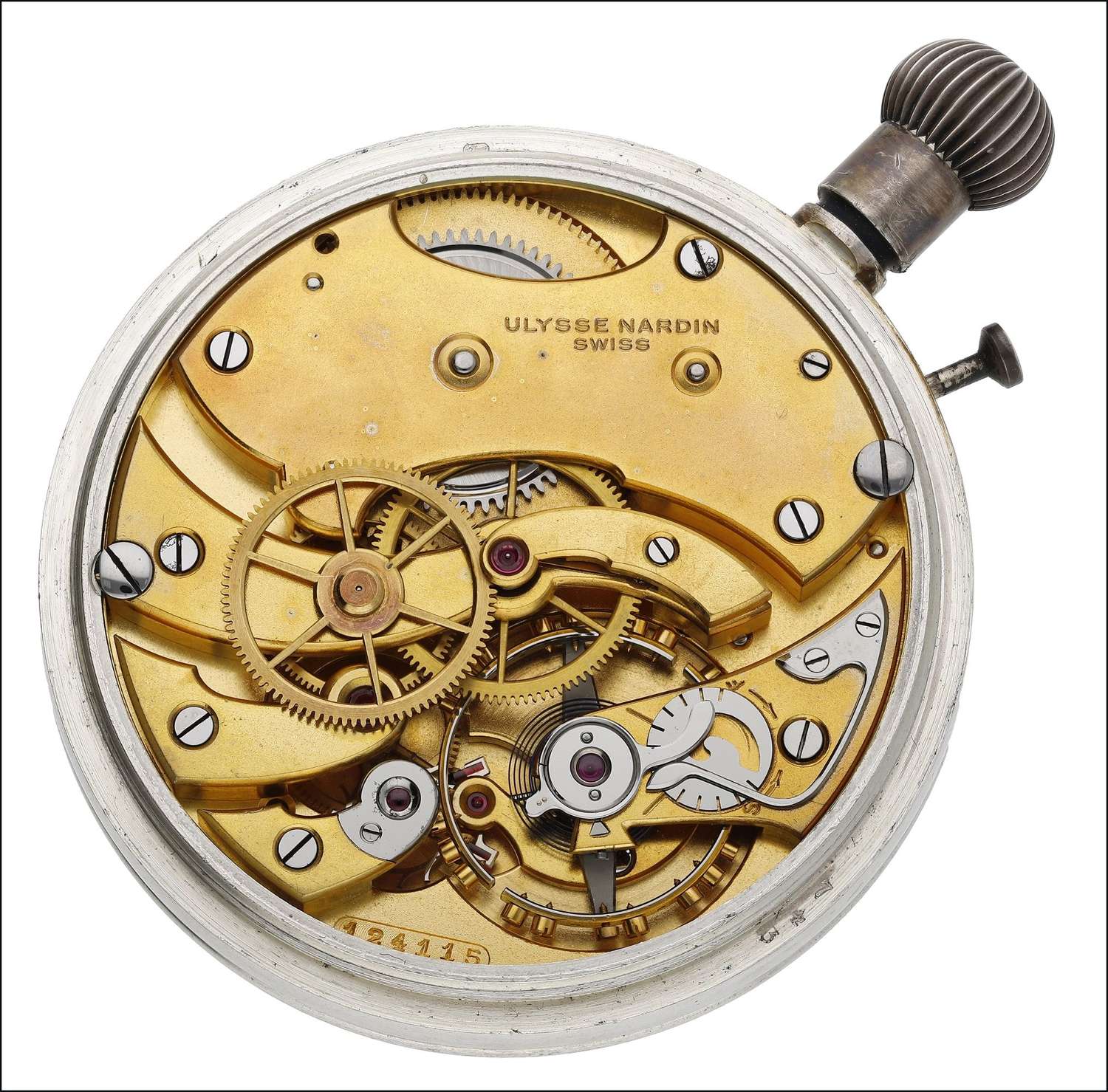 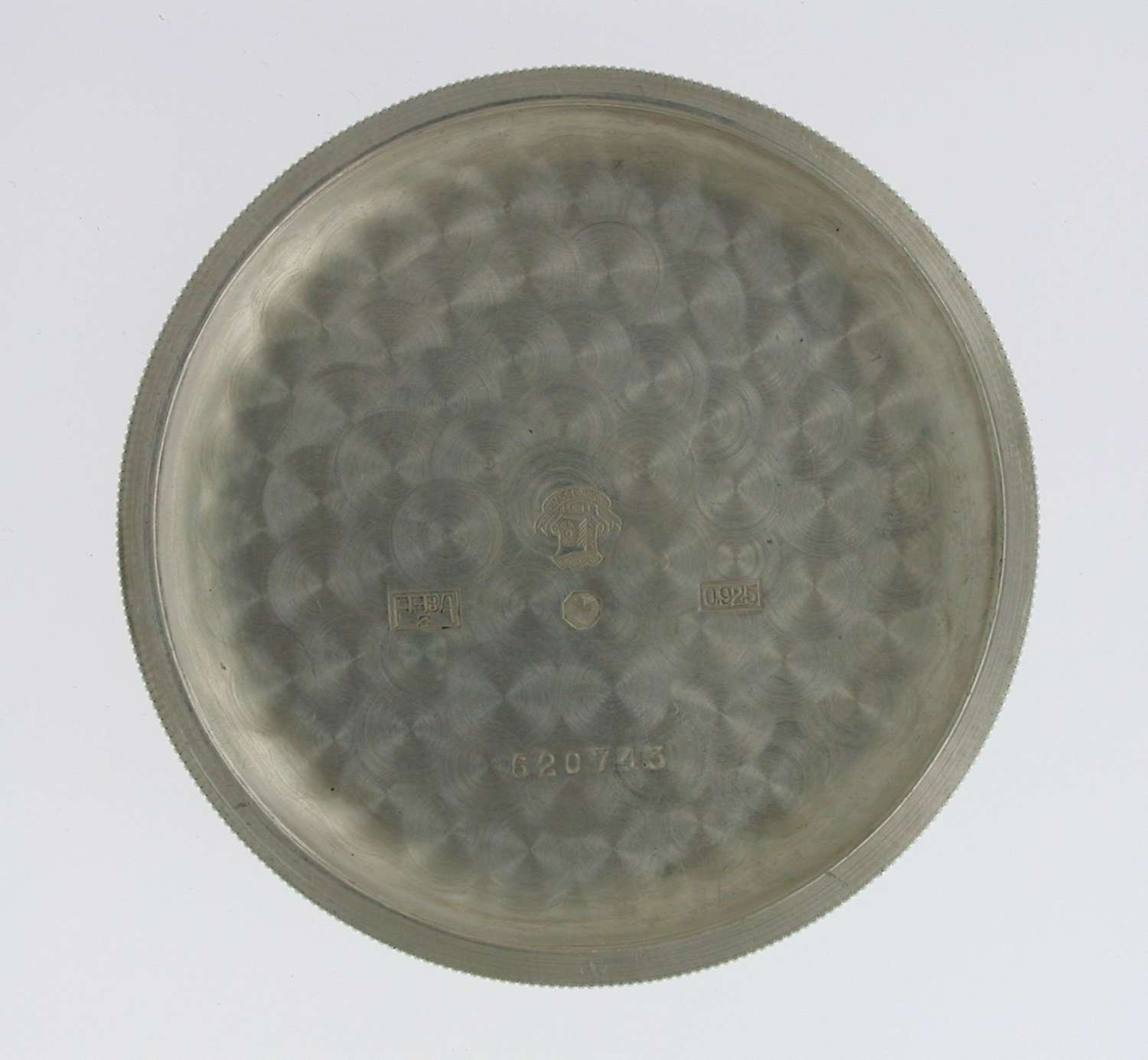 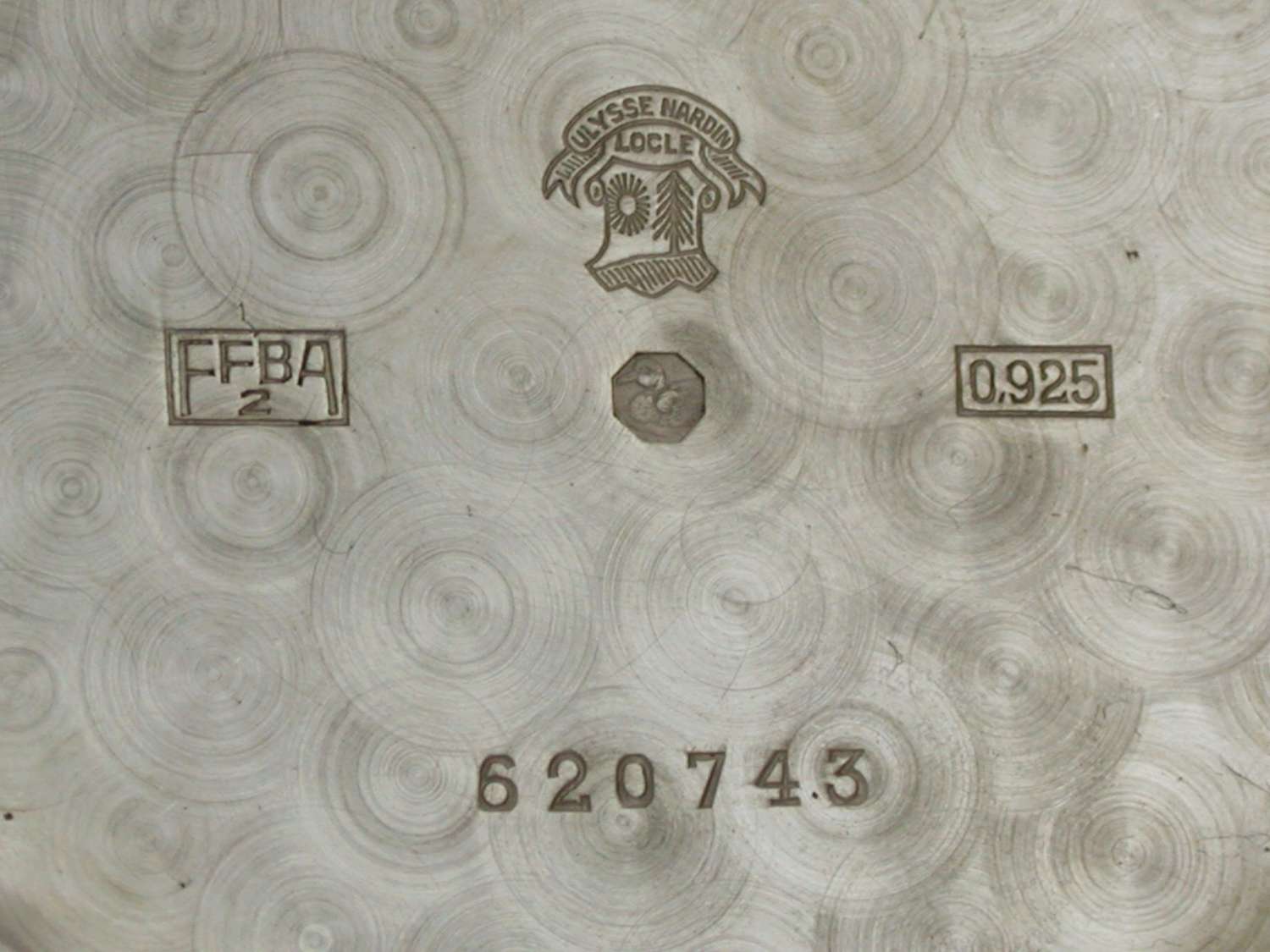 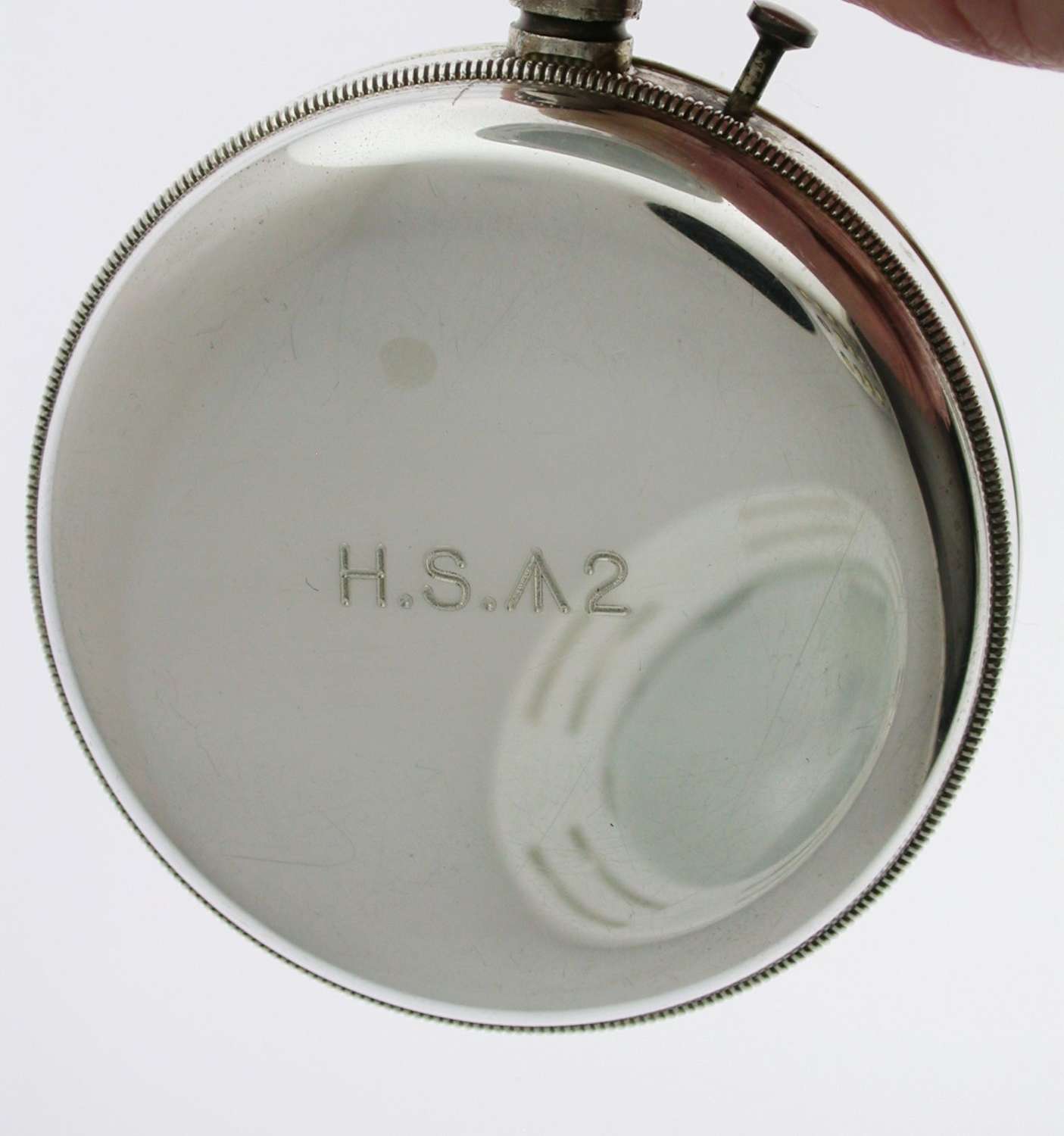