An antique Hamilton Art Deco steel railway open face pocket watch, made in the USA in 1943.

Dial: The white enamel dial has black Arabic numerals with outer minute divisions and outer minute numbers. The dial has blued hands and a subsidiary second’s dial at the six. The dial is signed in the upper centre: “Hamilton Railway Special”.

Movement: The anchor lever movement has 21 jewels with a swan regulator. The movement is in great working condition; however, we cannot guarantee accuracy for an antique pocket watch. The movement is signed: “Hamilton, USA, 21 Jewels, 992B, Adj To Temp And 6 Positions”. Movement number is: C490882.

Case: The watch lies in a steel open face case with screw case both back and front. The inner side of the case is signed: “Hamilton Watch Co, Stainless Steel, Lancaster PA” and numbered: P215959.

Please note: to set the time of watch you need to open the front screw back case and pull out the lever at the one and turn the winder to set the correct time.  This method was done specially for the guards travelling on a train for the safety of the people, so that they could keep exactly the accurate time.

Never pull on the winder as this can break the watch. 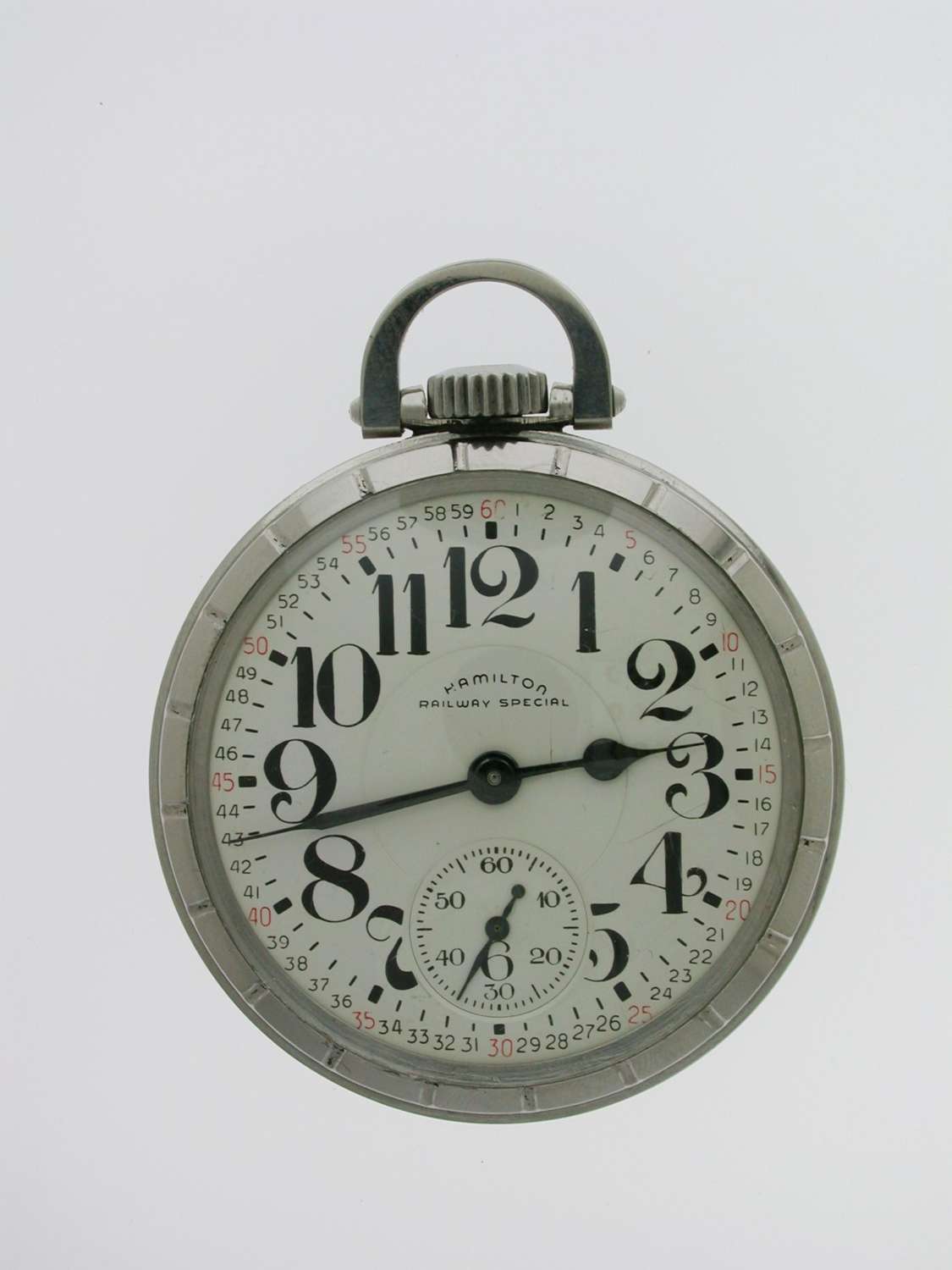 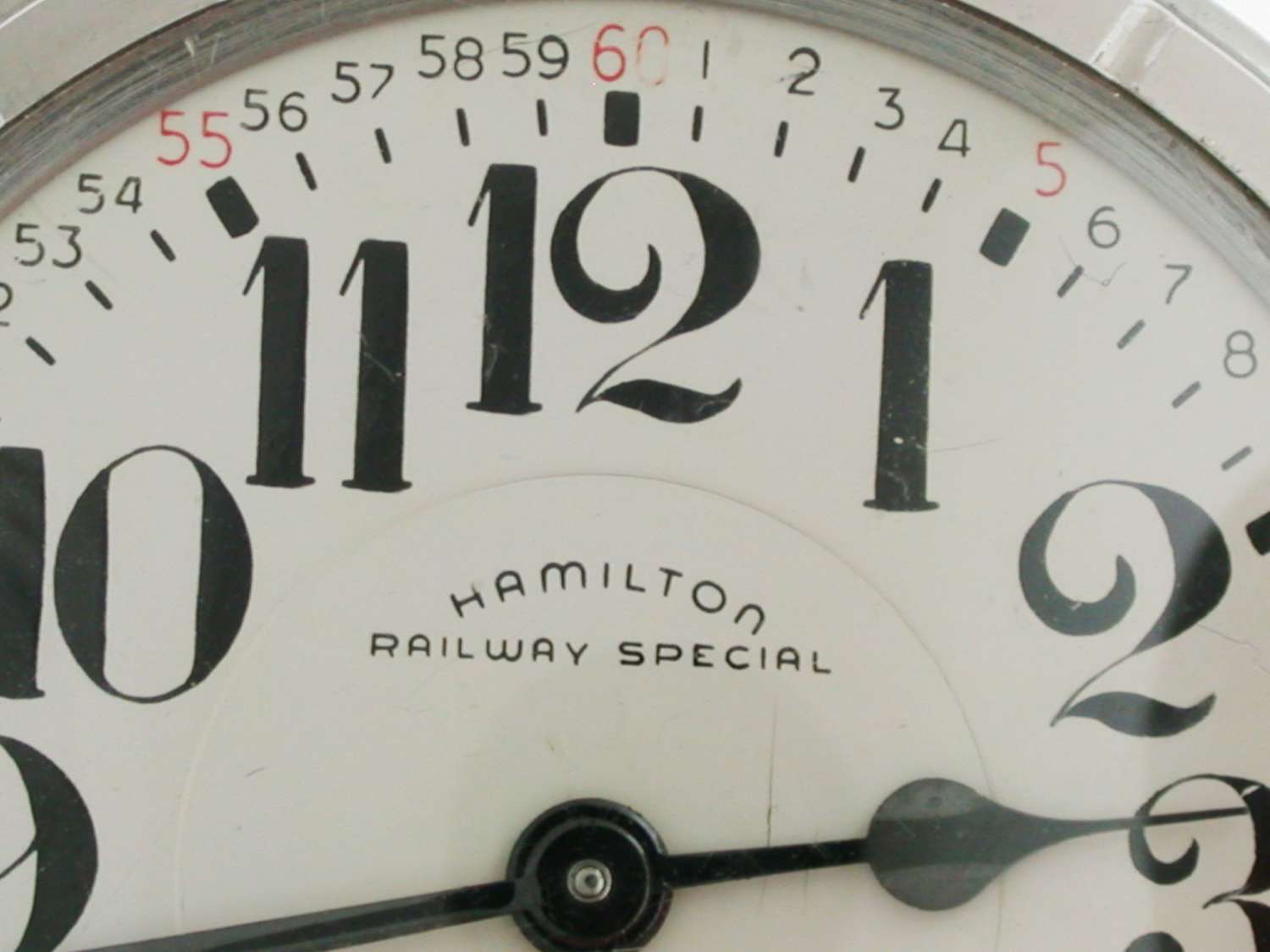 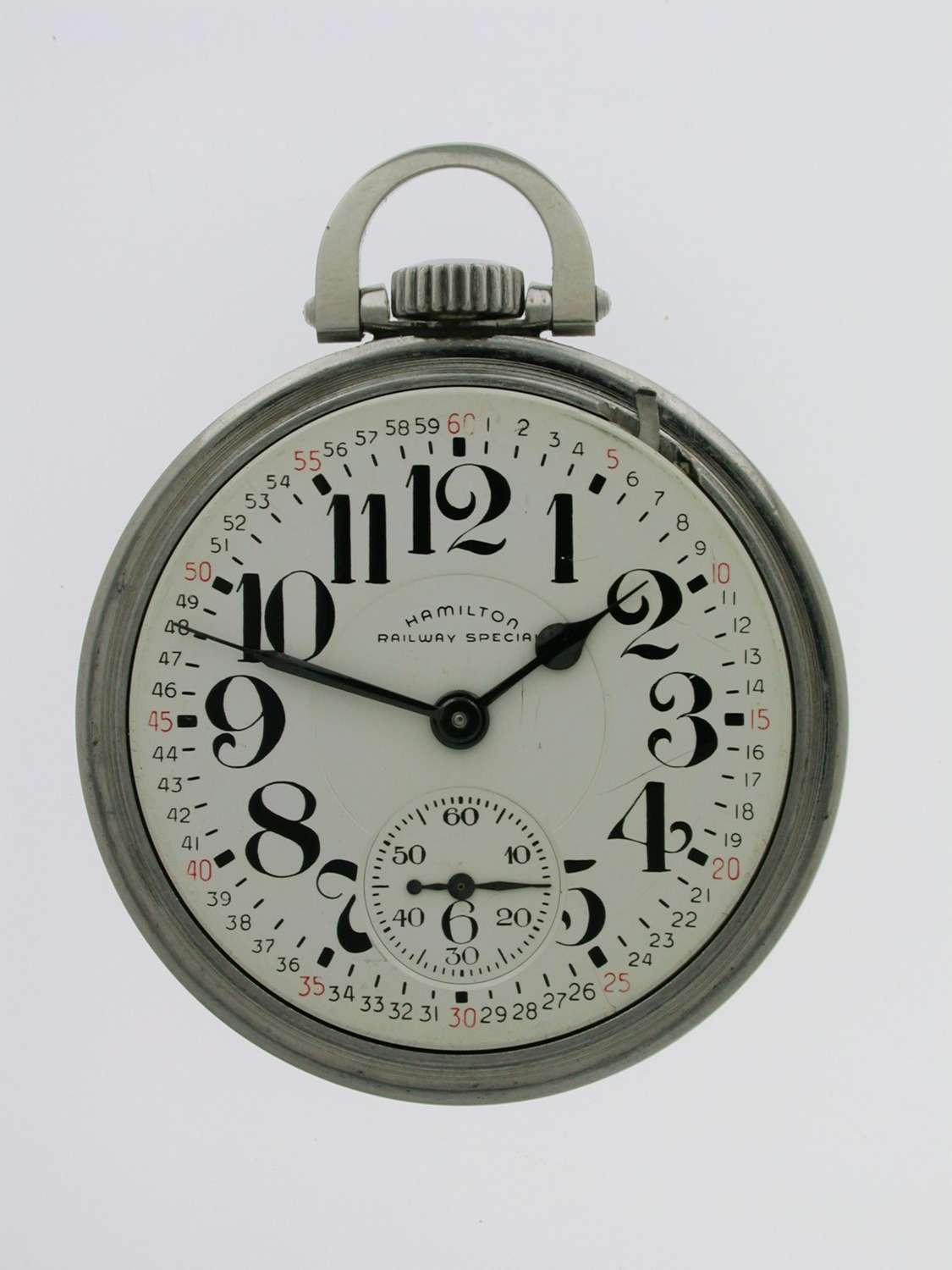 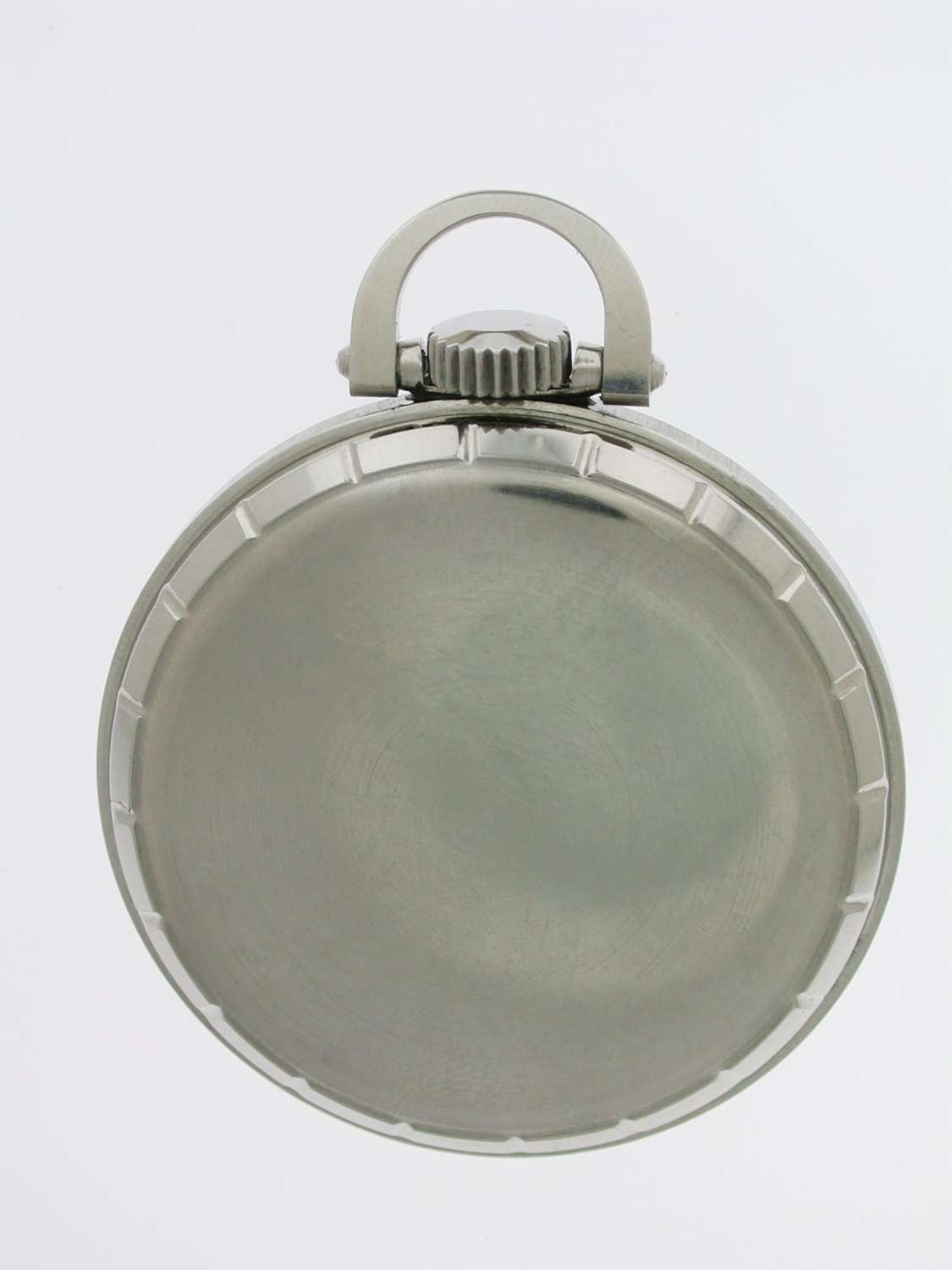 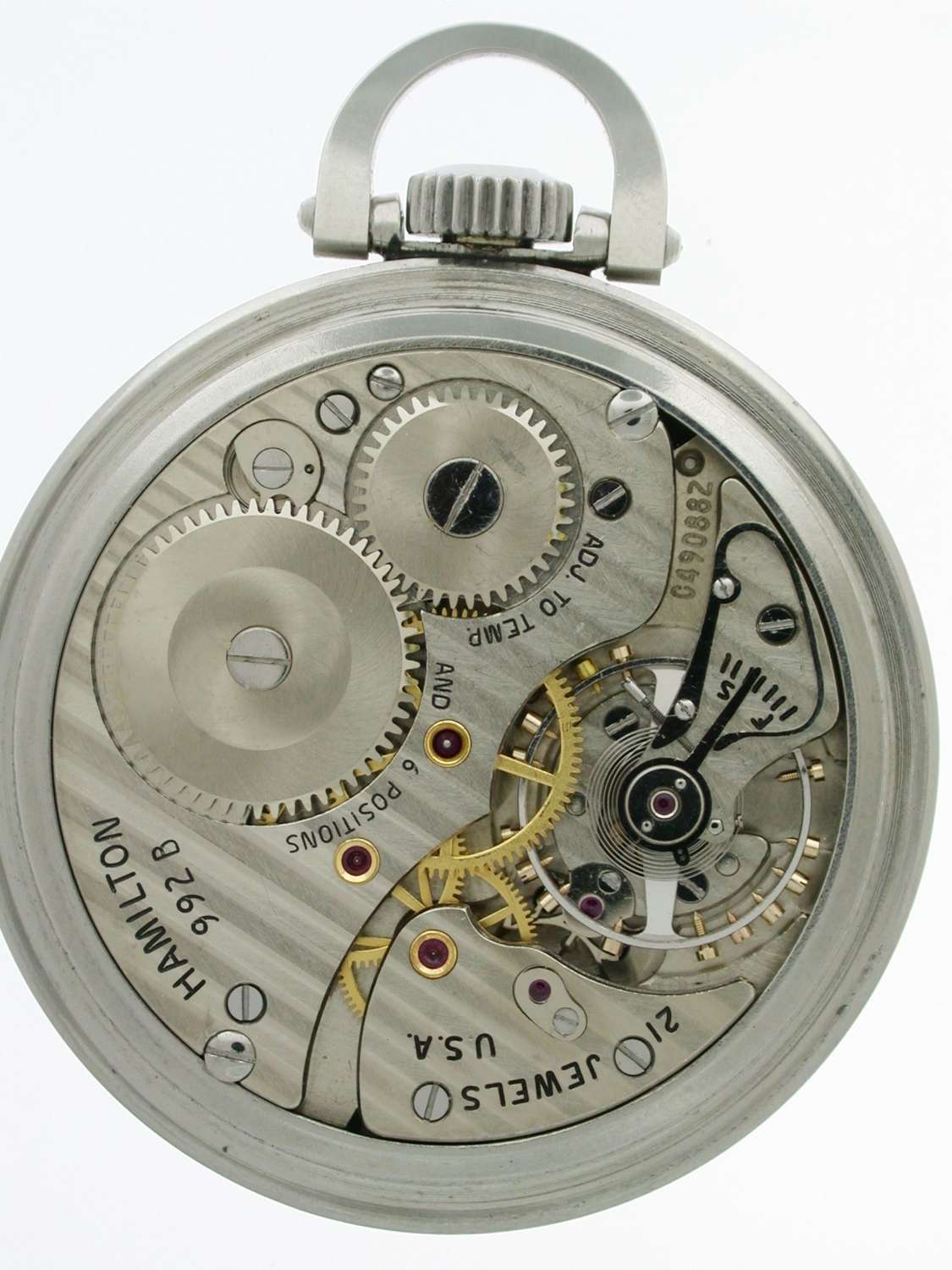 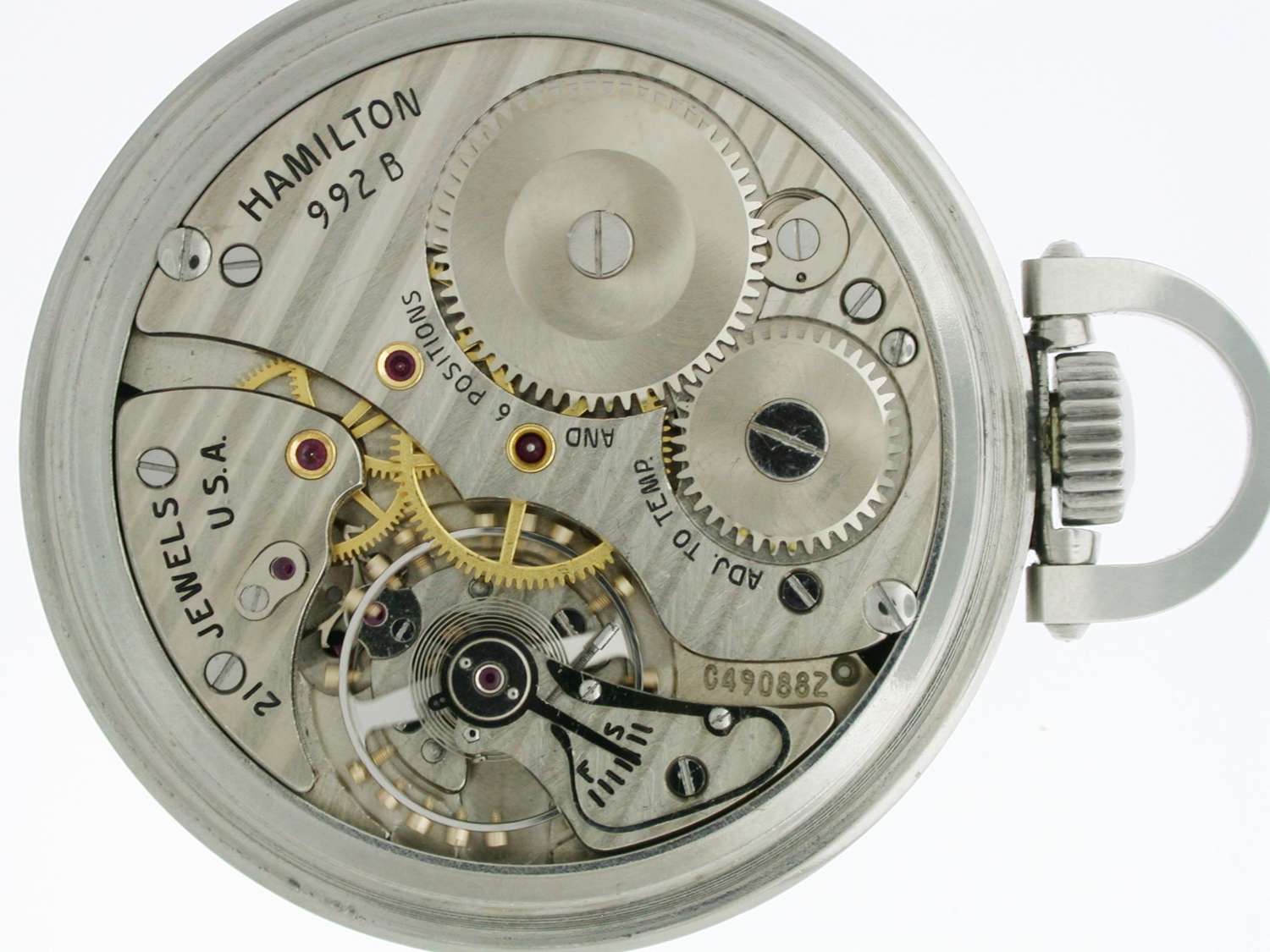 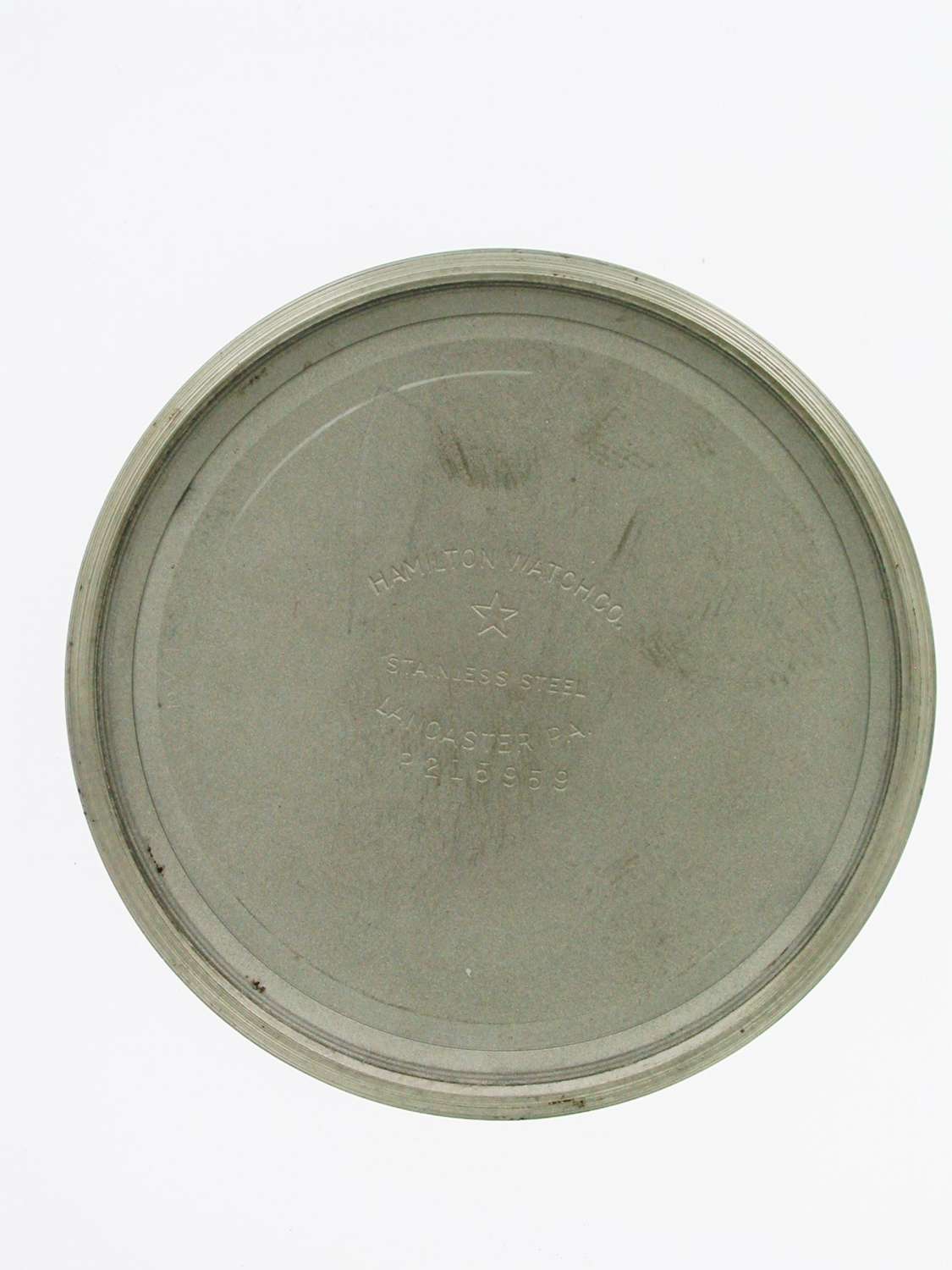