Dial: The cream-coloured enamel cushion-form dial has black Arabic numerals with outer minute divisions. The dial has blued hands and a subsidiary second’s dial at the six. The dial is signed: “Thomas Russell & Son, Swiss Made”.

Movement: The anchor lever movement has 9 jewels and is in very good working condition; however, we cannot guarantee accuracy for an antique watch. The movement is signed: “9 jewels, Swiss Made”.

Thomas Russell History: Thomas Russell was listed as a watch and chronometer maker in the local trade directory in 1848. Shortly after that (c1860) control of the company was handed over to Thomas Robert Russell & Alfred Holgate Russell when it became known as Thomas Russell & Son and they continued in partnership until c1870 when Alfred became an independent manufacturer of watches. His watches, both fusee and going barrel are not nearly so common as Thomas' but can still be found. The company occupied a variety of premises; the early 'manufactury' was at 20 Slater Street, Liverpool and later moving to 30 Slater Street. When Thomas & Alfred parted company Thomas moved his Watch & Chronometer Manufactury to Cathedral Works, 18 Church Street Liverpool. Most notable of the Russel's watches were the very fine chronometers and some very nice centre seconds chronographs in elegant gold cases. The early 'workaday' watches were marked 'Time o'day' and later with the Winged Wheel and Tempus Fugit trademark

Around 1859, Thomas handed over control of the business to his sons Thomas Robert and Alfred Holgate and the company changed its name to Thomas Russell & Son. Following Thomas Russell's death in 1867 the business was divided into two; the trade side continued under the same name and was run by Alfred and Thomas ran Russells Limited. The retail business became importers of Swiss watches and music boxes.

By 1877 the company had moved the business once more, this time to Cathedral Works, 12 Church Street, Liverpool, with additional offices at Piccadilly in London and Toronto, Canada. It was now known as the Russell Watch and Chronometer Manufactory and was listed in 1880 as "watch and chronometer manufacturers and machine-made keyless lever and jewellery merchants" and additionally, "by Appointment to Her Majesty the Queen and HRM the Duke of Edinburgh and the Admiralty". 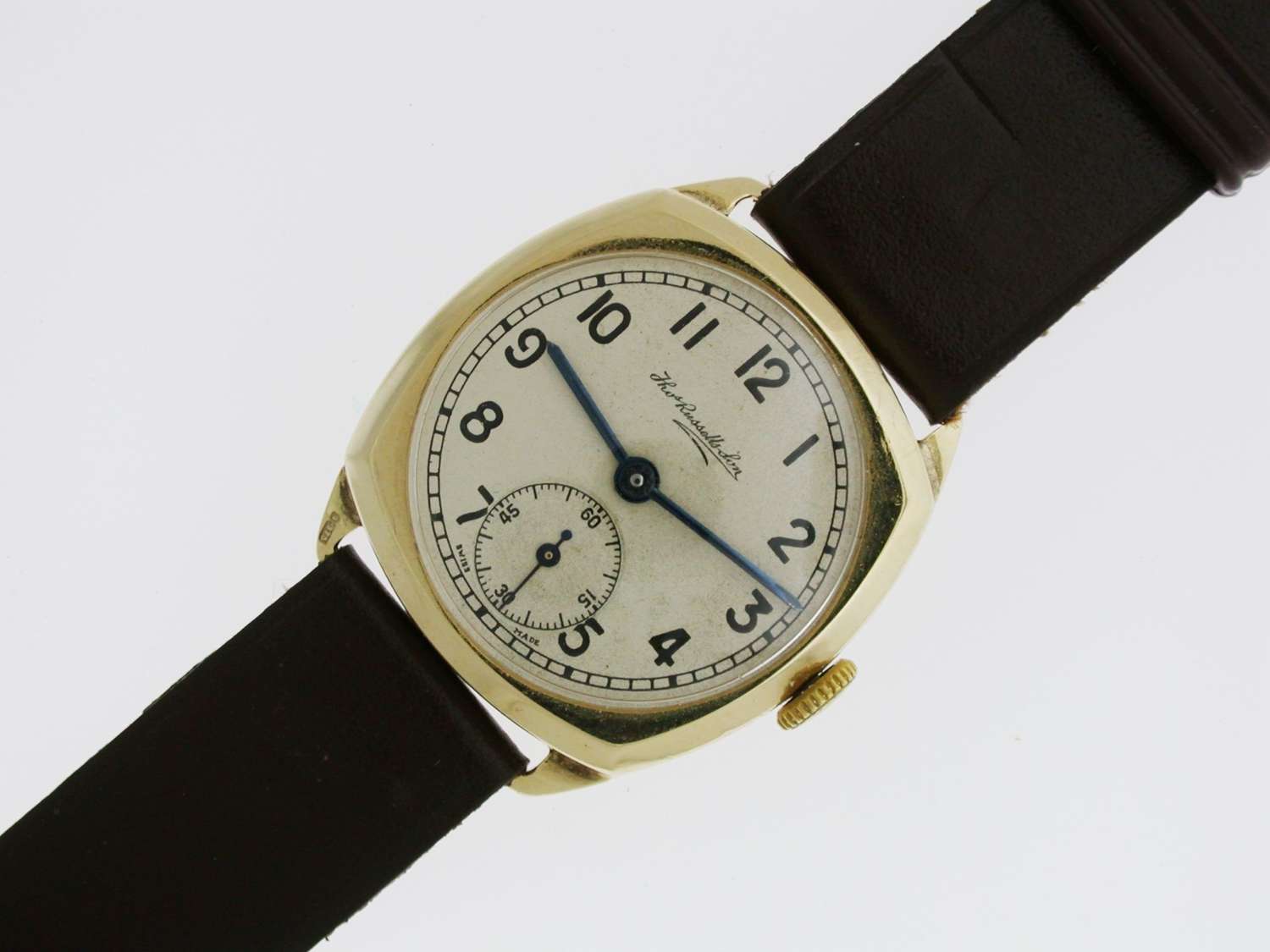 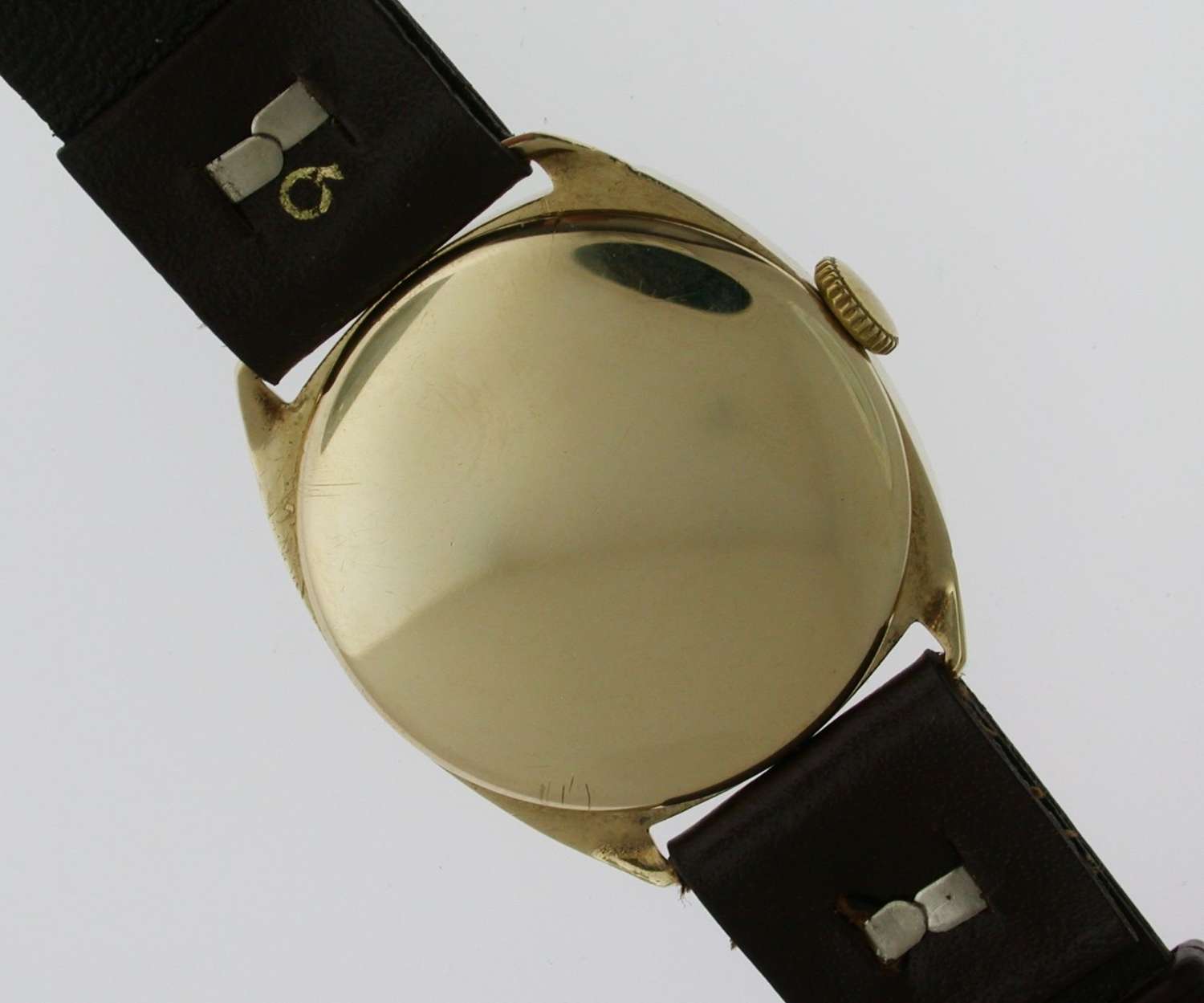 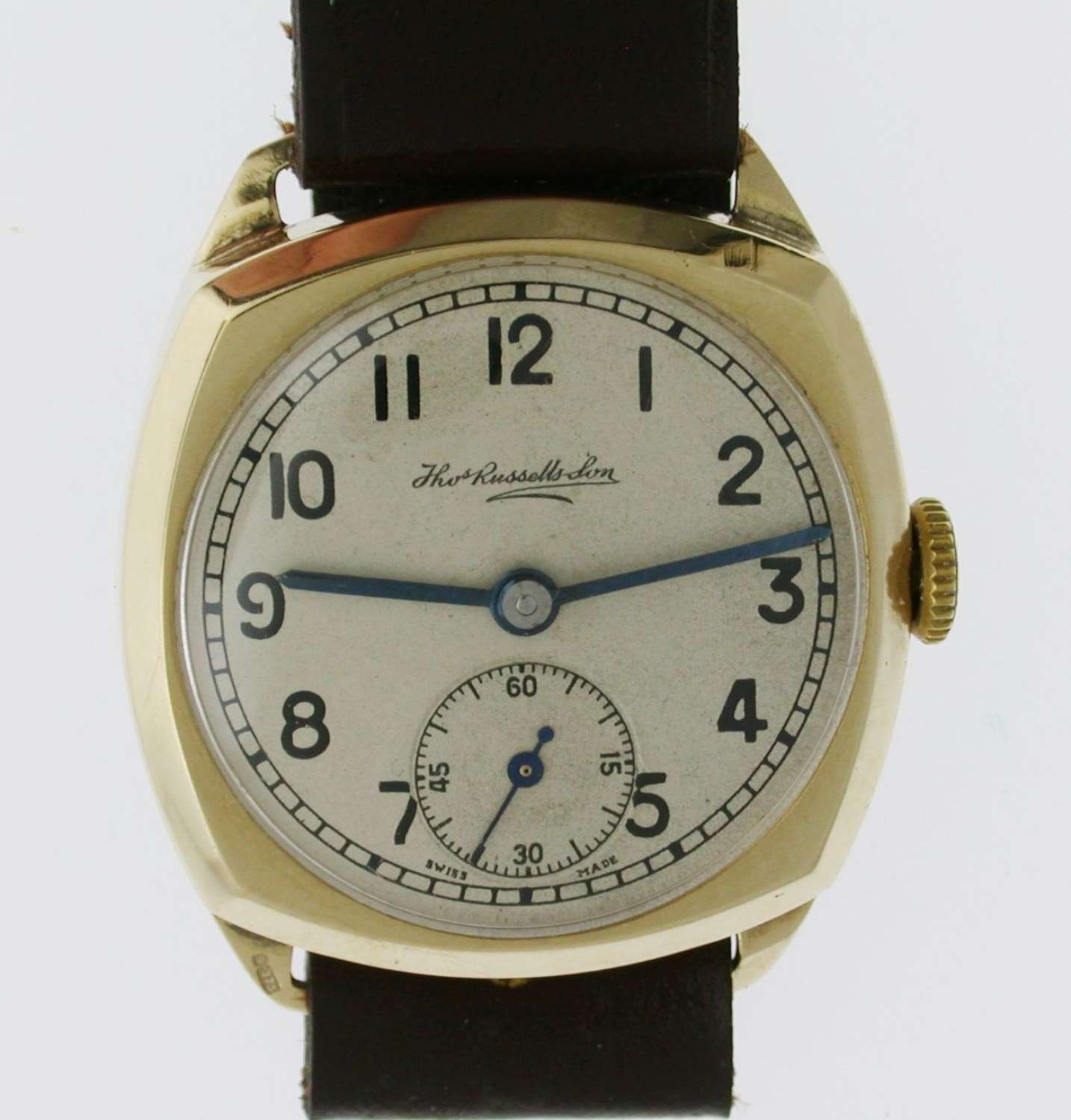 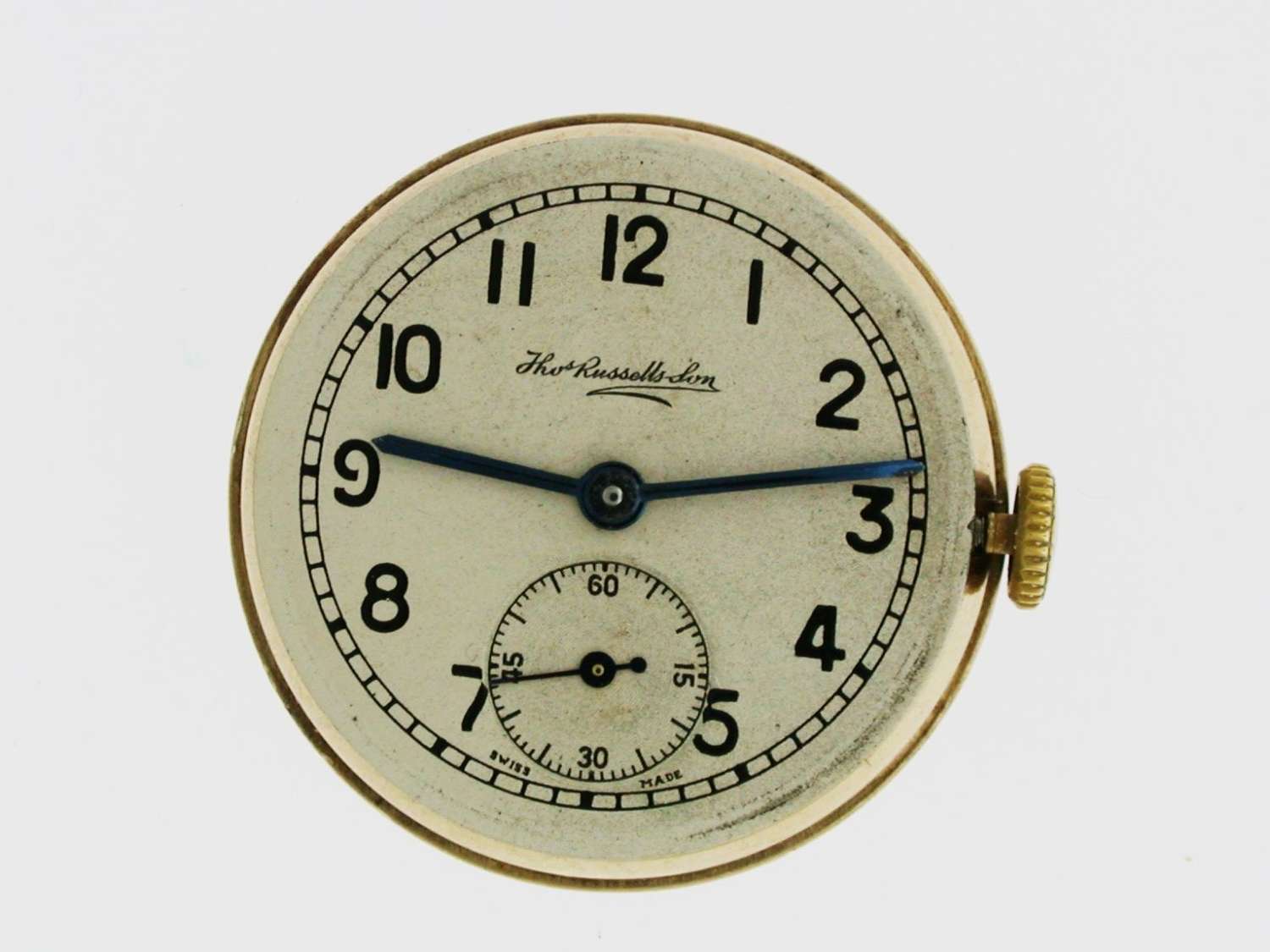 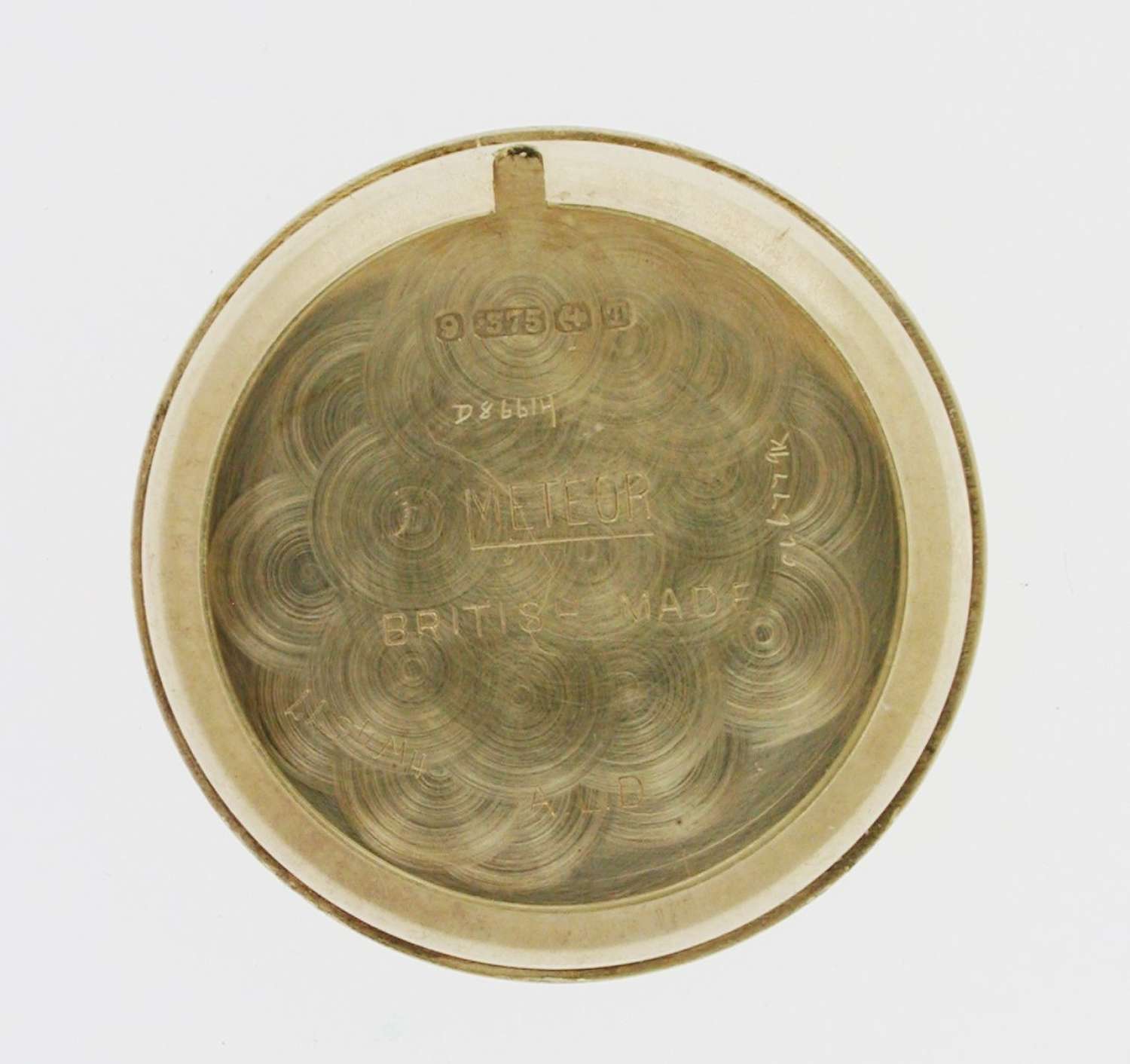 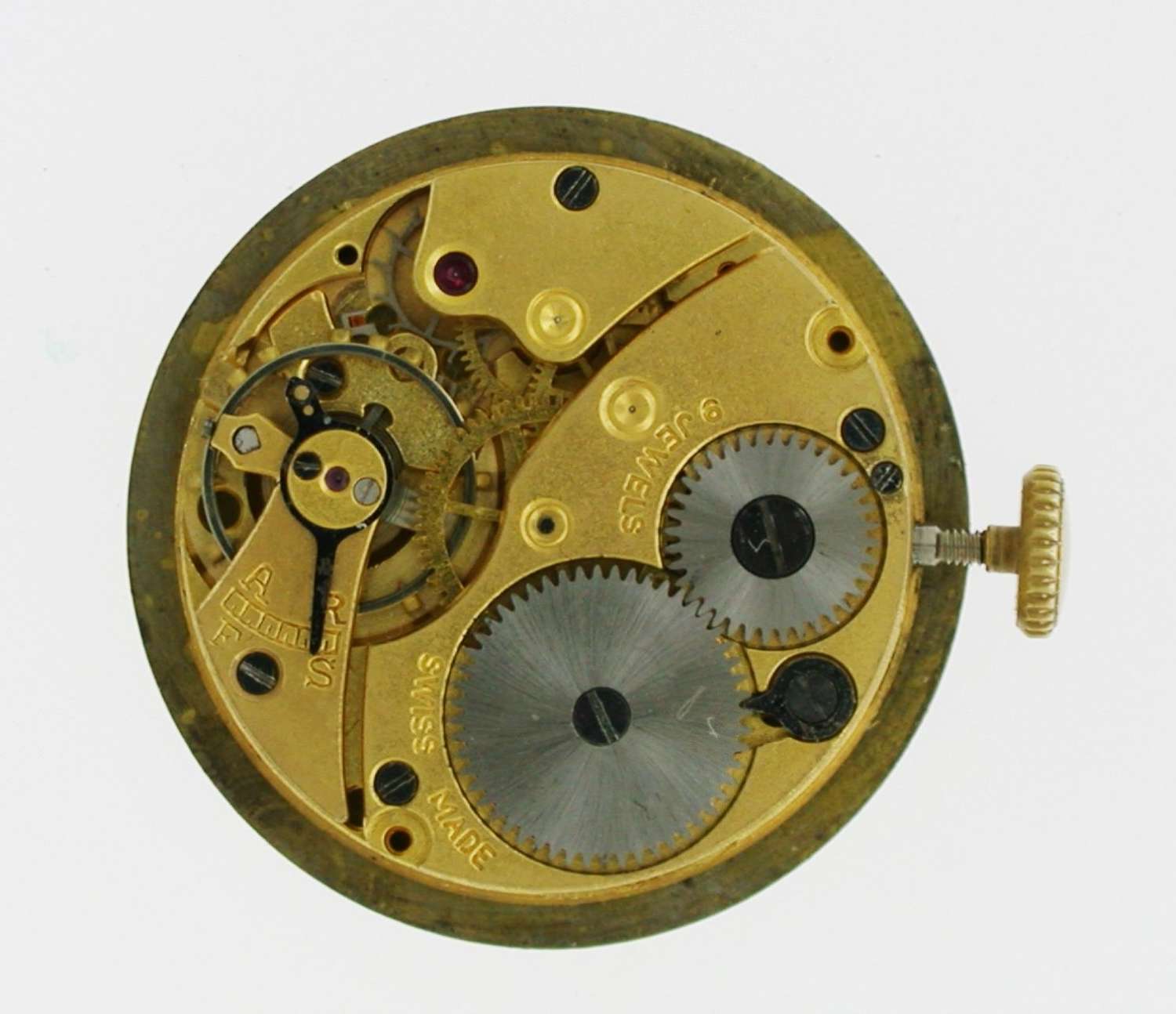