A Longines Silver 0.800 open face keyless wind pocket watch, made in Switzerland in 1906. The all-original pocket watch is signed Longines three times: on the dial, on the inside case and on the movement. This pocket watch has just been serviced by my watchmaker and therefore is great working and very clean condition.

Dial: The white enamel dial has black Arabic nice numerals and outer minute divisions. The dial has nice golden antique style hands and a subsidiary sunken second’s dial at the six. The dial is signed: "Longines" in the upper centre.

Movement: The high-grade Swiss made lever escapement movement is clean and in fine working order. The movement is signed: “Longines, GF” and numbered: 1930051. The watch is in great working condition; however, we cannot guarantee accuracy for an antique pocket watch.

Longines : This world famous watch manufacturer was found in 1867 in the Swiss town of Saint Imier by Ernest Fracillon. The land he purchased for his small factory was known as “Les Longines”. Soon afterwards he adopted this name for his celebrated high precision pocket watches. Longines began making wristwatches in the Edwardian era, a golden age of watch making, and their decorative gem-set ladies’ watches won awards at the 1925 Exposition des Arts Decoratifs in Paris. The company is also famous for its highly specialised chronometers and timekeepers, used by pilots and explorers. When Charles Lindbergh first crossed the Atlantic, he had with him a Longines wristwatch showing Greenwich Mean Time and the corresponding local times. Since then, the company has continued to expand, at the same time maintaining its reputation for quality movements and classic designs. 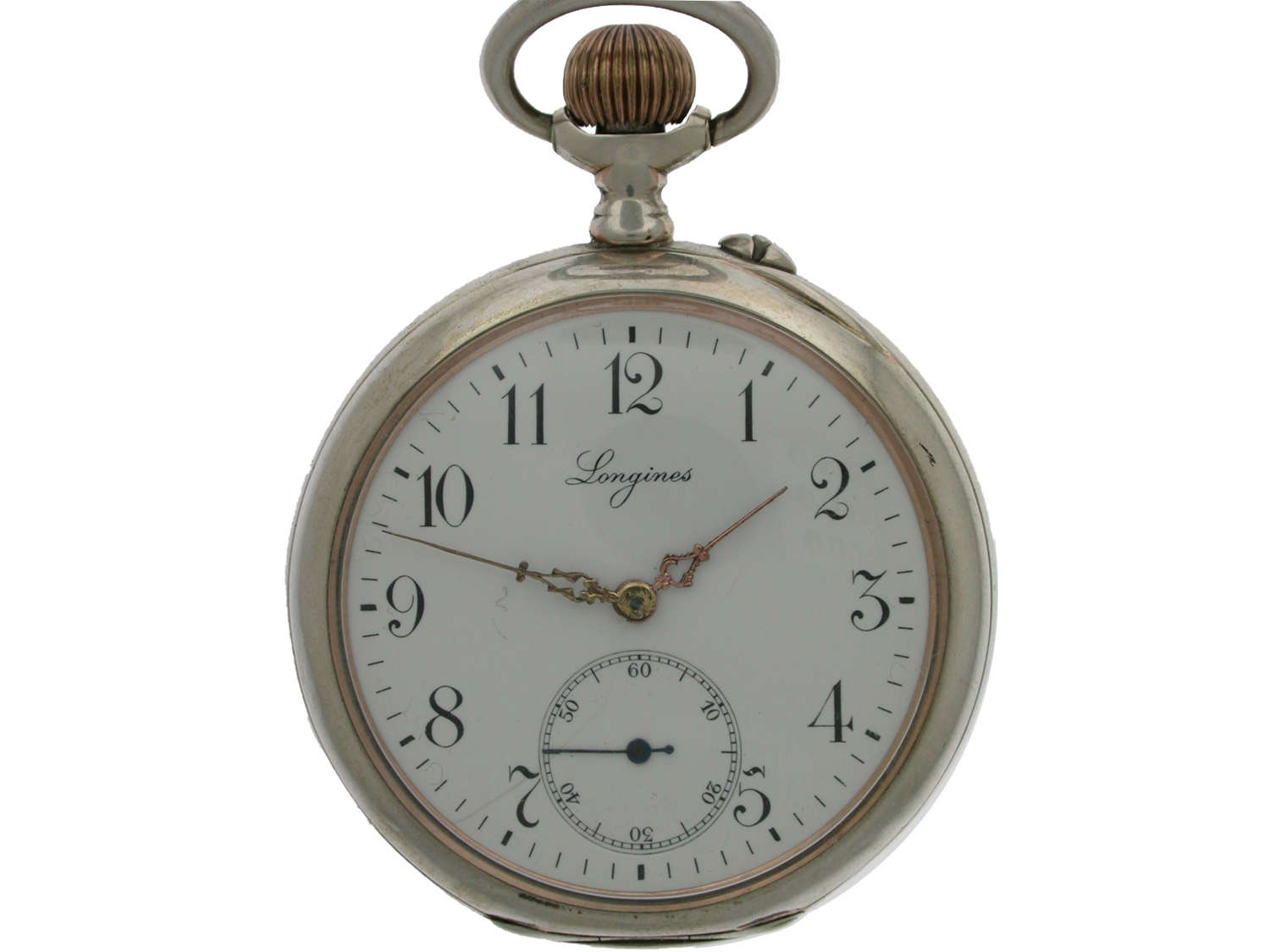 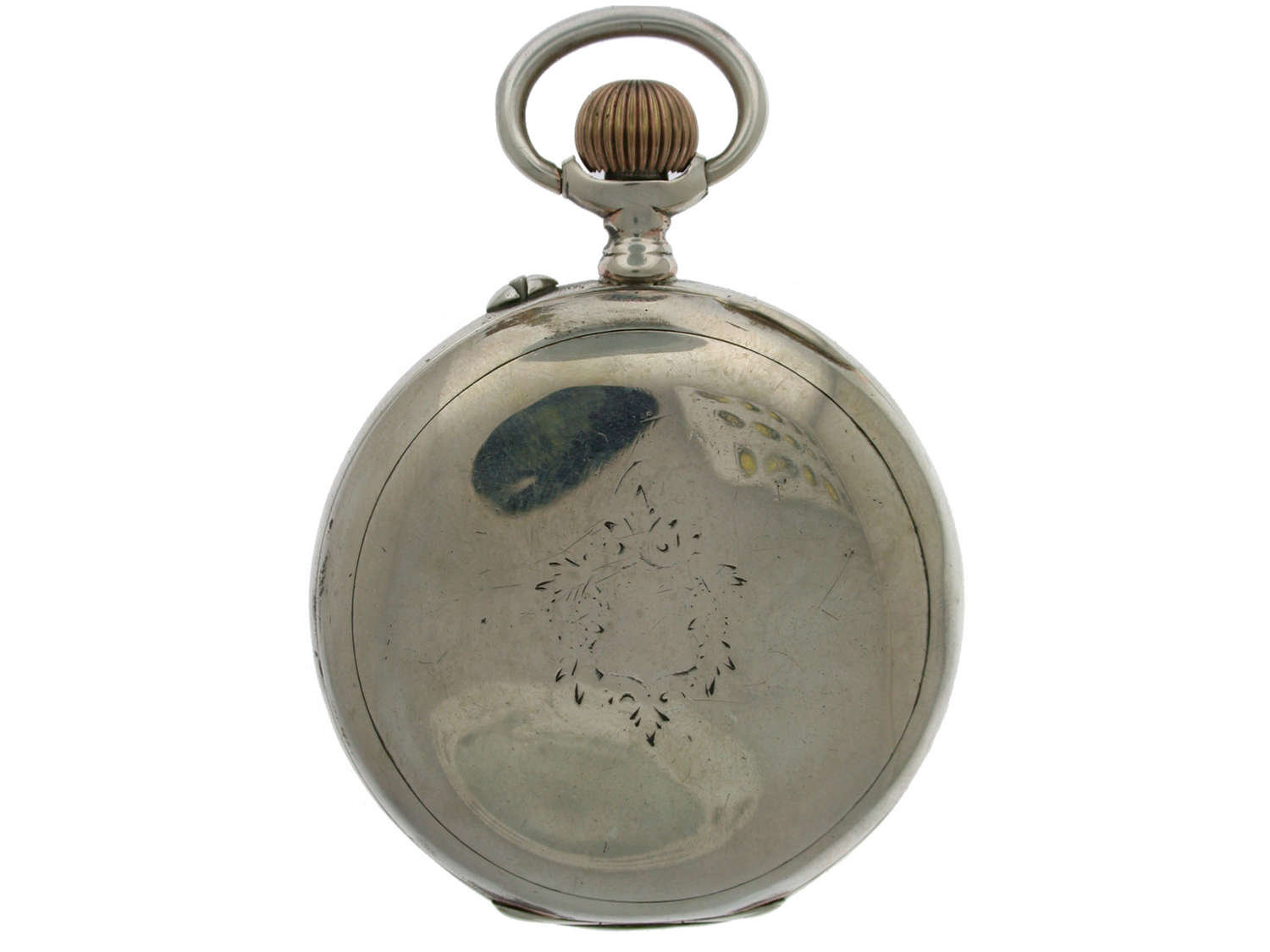 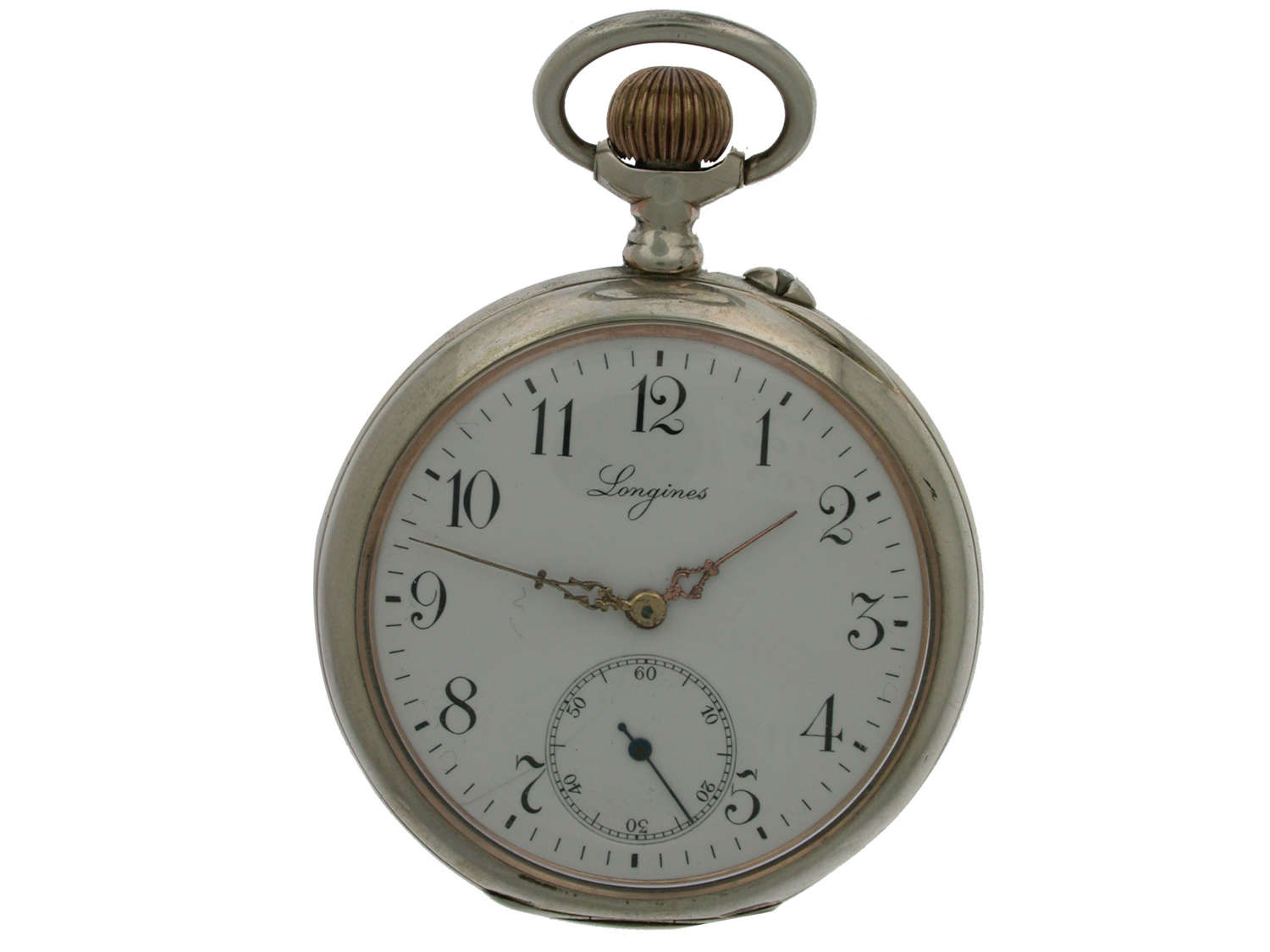 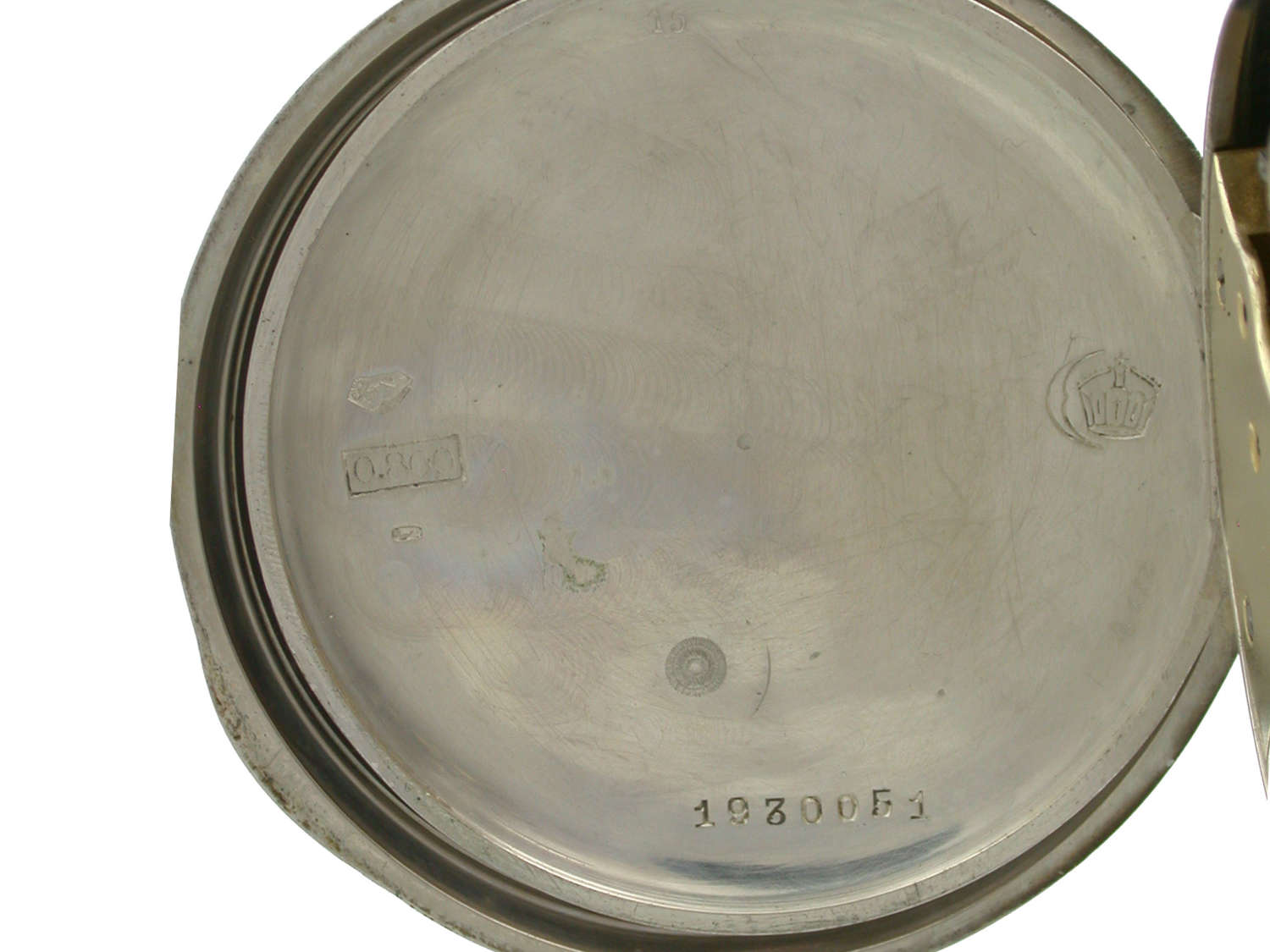 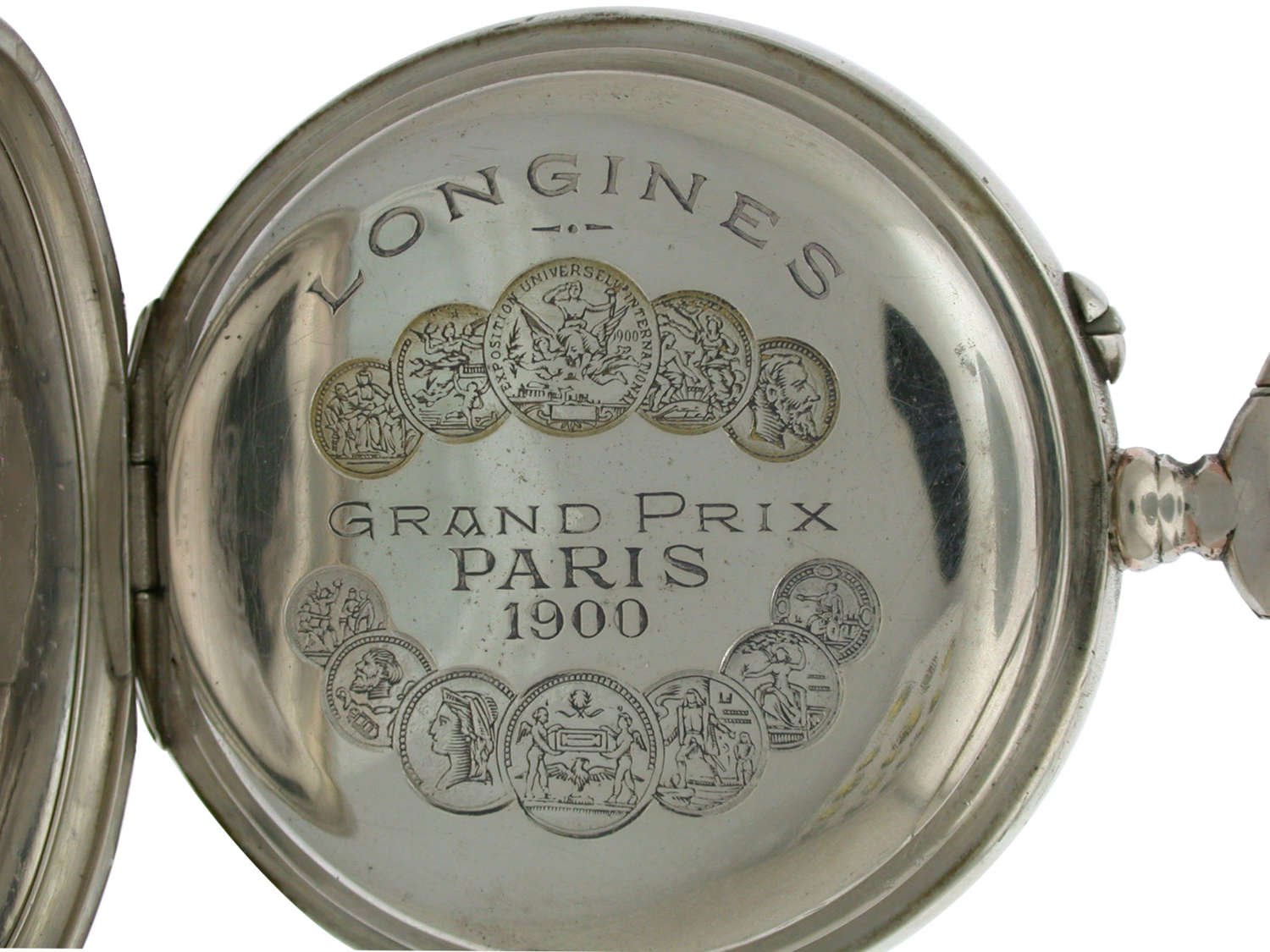 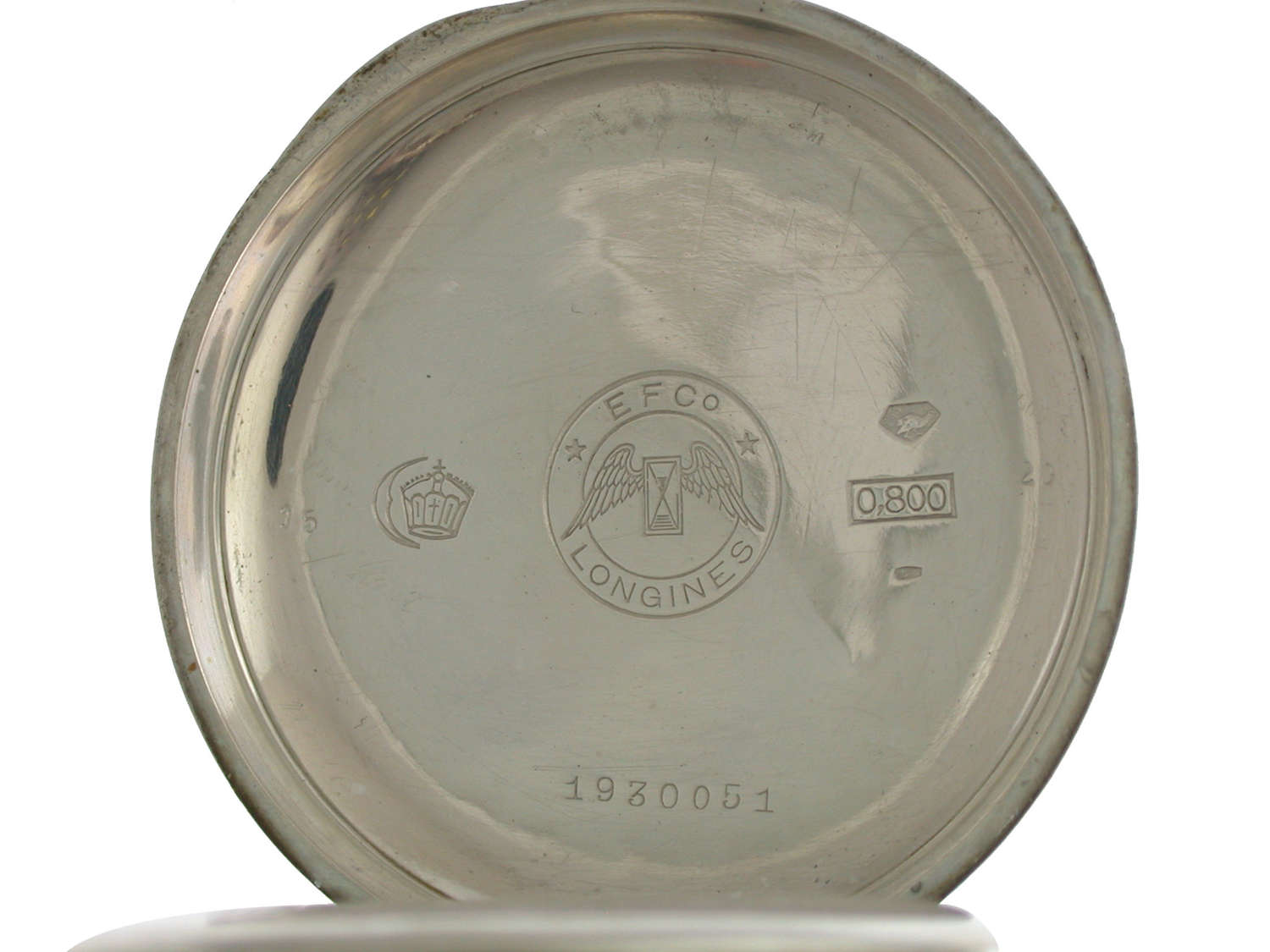